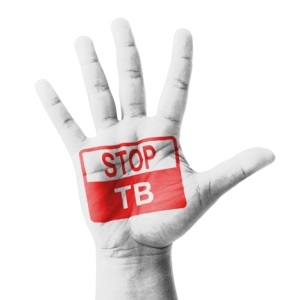 Millions of South Africans rely on minibus taxis daily, but South Africa’s most widely used mode of public transport could also be ferrying a deadly passenger.

About a 100 members of the lobby group the Treatment Action Campaign (TAC) recently took to some of Johannesburg’s busiest taxi ranks to spread awareness about tuberculosis (TB). Dodging and weaving among the queues of passengers at the Bree, Noord and Wanders street taxi ranks, activists had one simple message: Open a window and stop TB.

READ: Why you need fresh air when using public transport

TB remains the leading cause of death in South Africa and accounted for almost nine percent of all deaths reported in Statistics South Africa’s latest report on causes of death in the country. TB is spread after bacteria become airborne after those living with the bacteria cough, sneeze or even speak.

With minibus passengers squeezed tightly into taxis with about 19 other people, it is not hard to see why a 2013 study found that taxis carried the greatest TB risk among public transport means. Published in the American Journal of Epidemiology, the study tracked the amount of carbon dioxide – or the gas exhaled by humans – on commutes made by minibus taxi, bus or train. Researchers then used mathematical modelling to predict commuters’ TB risk by mode of transport and found that the risk was highest among taxi users. Poor ventilation in taxis meant that minibus commuters faced a five percent annual risk of contracting TB, according to the research.

About 70 percent of South African households use minibus taxis, according to Statistics South Africa’s 2013 National Household Travel Survey. At TAC’s recent awareness-raising drive, many taxi drivers reported that they had not previously been aware of the risks.

“It is a good move that TAC, as an organisation, is actually doing this because many people do not have enough information,” said taxi driver Sibongiseni Mngomezulu who works out of the Noord taxi rank in Johannesburg’s inner city. “Sometimes people are ignorant to such an extent that they find themselves getting sick when that could be prevented.

“As taxi drivers, we appreciate what TAC did because even we did not understand why is it so important to tell passengers to open windows,” he added.

Mngomezulu’s co-worker Mfanafuthi Zwane said that TB stickers were a conversation starter. He said that he planned to use the stickers to introduce the topic of TB awareness among his passengers.

Passenger Ntombi Moremi said it is a good idea to distribute these stickers. ”As South Africans, we are still fortunate that there are organisations like TAC  that give health education through taxi ranks where there are people.”

READ: TB: the side only doctors see

Construction worker Mxolisi Mtolo added that he thought government needed to do more to bring health services like TB testing into spaces like taxi ranks.

“We need mobile clinics all over that will be bring health services near to people,” said Mtolo, who added that visiting a formal clinic often means he loses a day’s pay. “That will actually help a lot to avoid long queues.”

“It would be easy to take my lunch time to rush to the mobile clinic and be able to test for all sickness such as TB, HIV and others,” he added.

15 Facts you need to know now about Tuberculosis

We live in a world where facts and fiction get blurred
In times of uncertainty you need journalism you can trust. For only R75 per month, you have access to a world of in-depth analyses, investigative journalism, top opinions and a range of features. Journalism strengthens democracy. Invest in the future today.
Subscribe to News24
Related Links
TB and why you need fresh air in the taxi or bus
MPs shun public TB testing
Kick your drinking and smoking habits to curb TB
Next on Health24
Department of health releases SA’s first TB prevalence survey