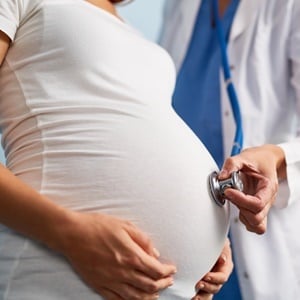 Miscarriages (a.k.a. a loss of pregnancy before 20 weeks) happen in about 10% of known pregnancies.

A new study throws serious doubt on the safety of using a common yeast infection treatment during pregnancy.

Fluconazole (Diflucan) is a prescribed pill used to treat yeast infections. However, Canadian research now suggests its use greatly raises a pregnant woman's odd for miscarriage, as well as the odds that her baby will have a heart defect.

The findings could have implications for standard gynaecological practice, according to one expert who reviewed the findings.

"Vaginal yeast infections can affect up to 75% of women during their lifetime and are more prevalent among pregnant women," said Dr Mitchell Kramer, chair of obstetrics and gynaecology at Northwell Health's Huntington Hospital in Huntington, New York.

He stressed that most pregnant women already avoid fluconazole.

Fluconazole is still often used to fight yeast infections in women who aren't pregnant, however.

In the new study, a team led by Dr Anick Berard, of University of Montreal in Quebec, examined data on nearly 442 000 pregnant women who took part in the Quebec Pregnancy Cohort between 1998 and 2015.

The researchers tracked the women's fluconazole use via prescription data from the Quebec Prescription Drug Insurance database.

The research couldn't prove cause-and-effect, but it did show associations between fluconazole use and adverse obstetric outcomes.

"Our study shows that taking any dose of oral fluconazole while pregnant may be associated with a higher chance of miscarriage," Berard said.

A pill is easier

Specifically, women who took a lower dose of fluconazole (under 150mg) had more than a doubling of their odds for miscarriage, compared to women who hadn't taken the drug while pregnant.

The increase in risk more than tripled for women who had taken fluconazole at a higher dose, Berard's team found.

In addition, taking higher doses (over 150 mg) of fluconazole during a woman's first trimester was linked to an 81% higher risk of having a baby with a heart defect, the Quebec team found.

Dr Adi Davidov is interim chair of the department of obstetrics and gynaecology at Staten Island University Hospital, in New York City. Reviewing the new study, he agreed that it "seriously questions the safety of oral fluconazole during pregnancy".

Davidov said that many pregnant women faced with a yeast infection do prefer a simple pill to a topical cream. But, "I suspect that following this article, obstetricians will stop prescribing fluconazole to pregnant patients," he said.

The report was published in the CMAJ: Canadian Medical Association Journal.

We live in a world where facts and fiction get blurred
In times of uncertainty you need journalism you can trust. For only R75 per month, you have access to a world of in-depth analyses, investigative journalism, top opinions and a range of features. Journalism strengthens democracy. Invest in the future today.
Subscribe to News24
Related Links
True or false: Apple cider vinegar can treat a yeast infection
5 home remedies for fungal infections
What is a yeast infection?
Next on Health24
Vaginal bacteria inhibit herpes and Zika transmission