Deadly diseases: 5 recent outbreaks we should watch out for A disease outbreak can be terrifying. Here are the most recent cases.

With the bubonic plague in Madagascar currently in the headlines, people are more aware than ever of the potentially devastating effects of communicable (contagious) diseases.

Focusing on the plague, we tend to forget about other recent disease outbreaks. Here are some other terrifying diseases that occurred over the last few years.

What it is: The Ebola virus disease is a serious disease that can be fatal if left untreated. In most cases, it causes haemorrhaging from internal organs and bodily orifices. Although there is no known cure, the symptoms are treated with supportive care. Ebola belongs to a group of haemorrhagic diseases, which includes Marburg disease.

How is it contracted? Ebola is believed to be carried by fruit bats from the Pteropodidae species, but once an Ebola epidemic has started, the transmission of the virus between humans occurs via body fluid and needles contaminated by infected secretions.

Signs and symptoms: The incubation period for the Ebola virus can be three to eight days. The onset of the symptoms are sudden and include fever, severe headache, fatigue, nausea, diarrhoea, abdominal pain, and in the most severe case, bleeding from the gastrointestinal tract and other orifices.

When and where: According to the WHO, the most recent outbreak occurred in the Democratic Republic of the Congo in May 2017. In 2014 to 2016, the outbreak mostly involved West Africa in major urban and rural areas. How is it contracted? It is transmitted by mosquitos. While it can’t be transmitted from person to person in most cases, it is believed that the Zika virus can live in semen and be transmitted through sexual intercourse. It can also be passed on from a mother to her unborn child.

Signs and symptoms: The incubation period of the Zika virus is still unclear according to the WHO, but is estimated to be a few days. The symptoms are mild and last for two to seven days – including fever, a rash, headache and joint pain.

When and where: The most recent outbreak of the Zika virus was reported in May 2017 in India. Zika was also reported to be present in some parts of North America, Brazil, South America and parts of the Caribbean. What it is: MERS-CoV is a viral respiratory illness that was first reported in Saudi Arabia in 2012 and has since spread to several other countries. Most people who contracted the virus presented with respiratory symptoms, and about three to four out of every 10 people infected died, according to the Centers for Disease Control And Prevention (CDC).

How is it contracted? It is a virus that can be transmitted from the dromedary camel to humans, but can be further transmitted through bodily fluids.

Signs and symptoms: According to the CDC, the incubation period can be anything from two to 24 days, with an average of five days. Symptoms start with a fever, cough, chills and headaches but can also include nausea, abdominal pains, dizziness and a sore throat.

When and where: The latest outbreak was reported by the WHO in October 2017 in Saudi Arabia. Another recent outbreak occurred in August 2017 in the United Arab Emirates. How is it contracted? It is contracted through infected birds and poultry.

Signs and symptoms: Most of the people who contracted H7N9 displayed serious respiratory illness symptoms. The first symptoms often include fever and flu-like symptoms such as body aches and headache. Other possible symptoms include diarrhoea, nausea and vomiting.

When and where: H7N9 in humans was reported in October 2017 in China by the WHO. 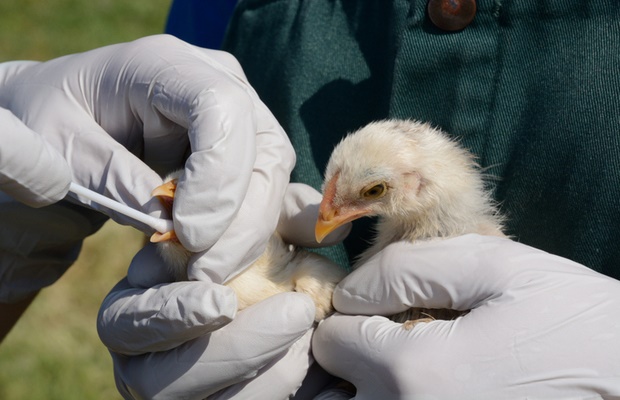 What it is: Marburg disease falls in the same group of haemorrhagic viruses as Ebola. It’s a highly fatal disease which includes bleeding from the internal organs and bodily orifices. Marburg disease was first identified after two big outbreaks in Marburg and Frankfurt in Germany, and Serbia in 1967. Initial infections were caused by prolonged exposure to mines or caves inhabited by the Rousettus bat colony.

How is it contracted? The Marburg disease is spread by fruit bats to humans and transmitted from human to human via bodily fluids.

Signs and symptoms: According to the WHO fact sheet, Marburg disease has an incubation period of two to 21 days. The symptoms start suddenly with a high fever and severe headache. Severe diarrhoea and vomiting also occur, as well as bleeding from the orifices and gastrointestinal tract.

When and where:  The most recent cases were reported by the WHO in Uganda in October 2017. Disclaimer: Not all outbreaks of the above diseases are mentioned in this article. Only the most recently issued reports are referred to.

We live in a world where facts and fiction get blurred
In times of uncertainty you need journalism you can trust. For 14 free days, you can have access to a world of in-depth analyses, investigative journalism, top opinions and a range of features. Journalism strengthens democracy. Invest in the future today. Thereafter you will be billed R75 per month. You can cancel anytime and if you cancel within 14 days you won't be billed.
Subscribe to News24
Related Links
Update: Bubonic plague – what is being done in SA?
SA on alert: what you should know about the 'black death' plague
This is how Zika infects the foetus
Next on Health24
Vaccination for monkeypox: Researchers worried Africa might be left behind