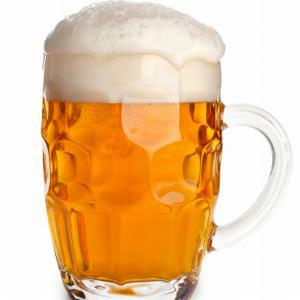 One drink and the conversation starts flowing. Pour another and you start relaxing as your confidence grows. By the next drink you're cheeky, chirpy and ready to party. But by the time you get into bed the world has turned upside down - and in the morning you have the mother of all headaches. What has happened to your brain?

Alcohol floods your brain like an enormous tidal wave, scientists have confirmed, so it's no coincidence you start off feeling jolly but later struggle to stay on your feet.

The suppressing effect of alcohol affects one area of the brain after another.

The wave breaks in the forebrain then washes sideways and backwards over and through the brain and finally spreads to its deepest and most vulnerable part, the cerebellum, midbrain, brain stem and medulla oblongata, says Dr Izak Loftus, forensic and anatomical pathologist of the Pathcare group in Somerset West. (The illustration on page 80 shows how it happens.)

Your peripheral vision can be affected after a single glass of wine - even before the wave reaches your hindbrain.

Let's take a step-by-step look at how you're literally brain-washed by the alcohol you drink, from the moment you're the jolly party animal until the end when you stagger around drunkenly and eventually pass out.

1. The jovial phase
Drinking less than half a glass of alcohol an hour is enough to suppress the functions of the frontal lobes which control your inhibitions, self-control, willpower, ability to judge and concentration.

When this part of the brain is being suppressed you have fewer inhibitions, your self-confidence is boosted, you become more jovial and daring and you talk more - and louder. All of this explains why alcohol is considered an excellent social lubricant.

This effect can be detected at a blood alcohol level as low as 0,01 g/100 ml, which is easily reached by drinking less than half a glass an hour. It's way below the legal limit of 0,05 g/100 ml.

Believe it or not, at this stage your judgement is diminished and your personality has been sufficiently altered to increase your risk of dying an unnatural death - as a result of an accident or fight, for example.

Did you know?
If you party into the small hours and your head is spinning when you eventually crash into bed your blood alcohol content is about 0,2 g/100 ml - four times the legal limit. If you drive to work at 7 am the next morning and the traffic police pull you over you can be charged with driving under the influence. You don't have a hangover - you're still drunk!

2. The slurring phase
Next in line to experience the alcohol wave are the parietal lobes at the sides and on the top of your head.

When your blood alcohol level is about 0,10 g/100 ml (typically after two to three drinks an hour) your motor skills are impaired. Your speech may be slurred but funnily enough you don't seem to notice.

Complicated movements such as buttoning your shirt or fastening a necklace are likely to become more challenging and you may experience a slight tremble.

3. The blurring phase
When the alcohol reaches the back of your head and the occipital lobe your blood alcohol level will be about 0,15 g/100 ml. By this time you've had four to five drinks (or two to three doubles) in an hour. Your intoxication level is becoming quite dangerous even though you might not think so.

Your vision is deteriorating - it's becoming increasingly difficult to judge movement and distance and your peripheral vision decreases. If you're driving at dusk you'll have trouble spotting a pedestrian or the little boy chasing his ball; unable to stop in time you could kill someone or crash into the back of a slow-moving lorry.

4. The topplingover phase
When your alcohol level reaches 0,2 g/ 100 ml (after four to six drinks or three doubles in an hour) the alcohol wave is crashing over your cerebellum.

By now your balance will be severely affected and you'll have trouble standing. Hopefully your friends have already seen to it that you're lying down safely so you can sleep off the backlash of the booze.

5. The legless phase
If you're not in bed by now you'll be lying somewhere in a drunken stupor.

Your blood alcohol level is in the region of 0,25 g/100 ml and your midbrain has become affected. You're paralytic, jittery and nauseous and your reflexes are severely impaired.

If you're lucky you've managed to turn onto your stomach because if you're lying on your back in this condition you may end up choking on your own vomit.

By this time you may have lost consciousness.

6. The deadly phase
If you drink four doubles an hour your blood alcohol level will quickly exceed 0,35 to 0,4 g/100 ml.

With this amount of alcohol in your body your brain will be hit with a vengeance. It's now a matter of life and death: if the alcohol reaches the medulla oblongata (the part of the brain controlling breathing and blood circulation) you can die.

The morning after
You didn't mean to drink too much but . . .

Here's advice on getting rid of that hangover headache

Prevention still the best cure
Best would be not to drink at all - but it's summer and we're only human. Limit the effects of alcohol on the brain by doing the following:

Tip: Alternate each alcoholic drink with a glass of water or non-alcoholic beverage

How many drinks?
A single drink can be enough to push your alcohol level over the legal limit for drivers of 0,05 g per 100 ml of blood.

There really is just one rule - if you're going to drive, don't drink any alcohol. Use the Medical Research Council (MRC) table (opposite) to determine how much you can drink before you're breaking the law. Red indicates a dangerous level.

The table is based on the assumption that your liver is healthy and can handle one drink an hour.

In the first column look up the number of units you've had in an hour. The approximate blood alcohol content an hour after your last drink is given for the relevant body weight and gender (red means over the legal limit).

A unit is calculated as a beer (340 ml), a small glass of wine (125 ml) or one tot of spirits (25 ml).
If you drink on an empty stomach or when you're tired, unfit or ill it'll take less time before you exceed the legal limit.

We live in a world where facts and fiction get blurred
In times of uncertainty you need journalism you can trust. For only R75 per month, you have access to a world of in-depth analyses, investigative journalism, top opinions and a range of features. Journalism strengthens democracy. Invest in the future today.
Subscribe to News24
Next on Health24
12 ways to drink less