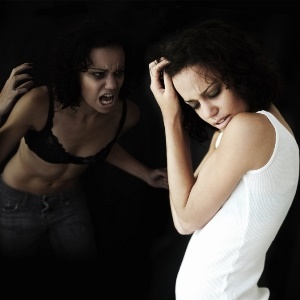 While a few causal theories exist like genetics, birth trauma and defective areas in the brain, no single definite cause has yet been identified.

Genetic transmission definitely plays a role, based on families in which the disorder is prevalent. However, no single gene has been identified as the transmitter of schizophrenia. One theory is that a multiple group of genes may be involved.

In an individual with the “right” combination of defective genes, certain adverse events like drug abuse, severe stress or serious illness may act as triggers.

Studies have shown that trauma at birth or intra-uterine infections may be a possible cause of schizophrenia in later life. It is also more common in the urban environment and among immigrant populations. Smoking cannabis (dagga) as a teenager has also been shown to increase the chances of developing schizophrenia later in life.

Schizophrenia involves a dysfunction in neurotransmitters, particularly serotonin and dopamine (chemical substances involved in transmission of impulses between nerve cells). Certain areas in the brain are defective, especially in the frontal and temporal lobes.

The symptoms of schizophrenia