Stressed out in South Africa 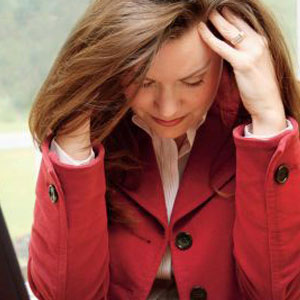 Putting pen to paper could reduce the impact of your worries.
With the cost of living soaring to new heights, it's not hard to understand why morale is low. It’s during times like these that people who may feel things are out of control, may turn to alcohol or drugs to help them cope – or just to help them forget how bad things have become.

When a national newspaper ran a story saying that the profits of certain pharmaceutical companies were soaring, and that liquor outlets were experiencing a boom, Health24 decided to investigate: is it true that the South African political and economic situation is turning us into a nation of substance abusers?

Helplines say possibly, since they are receiving a high number of calls; but some experts say no, it doesn't appear as if South Africans are reaching for booze or pills to help them cope.

According to Zane Wilson of the South African Depression and Anxiety Group, the Sadag helpline has been receiving a record number of calls from men whom could be described as 'severely depressed'.

"We have been receiving more calls from men who say they're not coping at all with the current situation. This is interesting, because historically, we usually get more calls from women. Men tend to bottle up their feelings more. But in the past three months there has been a marked increase of roughly 15 to 20% in calls from men,' she said.

Wilson added that the majority of the men cited the economy as the main reason for their depression. Many who were the main breadwinners were losing their jobs, and others owned small businesses which were struggling to keep going under the economic strain.

Another reason for the high number of male callers, said Wilson, could be the time of the year: it is usually around this time of the year many medical scheme allowances are depleted, thus depriving some people access to psychologists or therapists, or even prescription medication.

No notable increase in medication abuse

Steve White, practising community pharmacist and President of the Community Pharmacist Sector of the Pharmaceutical Society of SA, agrees with this. He said that any reported increase in the use of over-the-counter (OTC) and prescription medication and alcohol was more likely the result of a buying-down effect as we get into the second half of the year and medical scheme savings run out. When that happens, people opt for generics, or just buy down anyway, because they're cash-strapped.

White also said that he believes the abuse of OTC and prescription medication may in fact be less of a problem now than in the past: "I no longer see the repeatable tranquiliser prescriptions we did previously. Perhaps anxiety and sleeplessness are better treated by antidepressants and counselling, with more use being made of psychologists and psychiatrists.

He added that the abuse of OTC medicine has been reduced, and that "pharmacists we would like to see the term OTC replaced by the term PPM - pharmacist-prescribed medicine. This would further remove abuse as the patient would need to consult with the pharmacist, and we would not be abused by the patient who demands a certain medicine and is offended when we want their name and address - which we are required by law to do. We actually have to enter the patient's details in a 'prescription book' and not just into a 'register'.”

Dr Bronwyn Myers, Specialist Scientist of the Alcohol and Drug Abuse Research Unit at the Medical Research Council said that there are multiple reasons for changing patterns of alcohol and drug use.

"Economic changes might be a contributing factor to changes in drug and alcohol trends; however there is a range of other social stressors that also contribute to increasing use of substances in society: including future uncertainty, crime, and social upheaval and so on."

However, as yet, it would appear there are no statistics or studies linking the worsening economy to an increase in substance abuse. Myers said that over the last 10 years, the proportion of people in specialised treatment centres reporting problems with OTC/prescription medicine has remained more or less unchanged, with roughly 2% of all patients reporting these substances as their primary substance of abuse."

When asked if she anticipated any spike in alcohol or drug abuse due to economic turmoil, she pointed out: "There is a difference between use and abuse - people may use alcohol or drugs more frequently, but may not necessarily abuse the substances. The reasons people abuse substances are complex and include genetic vulnerabilities, among other factors."

So while all the evidence points towards the fact that we have not become a pill-popping nation of boozers since the economy took a turn for the worse, the key is to ensure that we don't become just that.

For more information visit www.sadag.co.za or TherapyRoute or phone the SADAG helpline at 011- 262-6396.

Take these quizzes to see if you're depressed, stressed or have a substance abuse problem:
Are you depressed?
Are you stressed?
Do you have a problem with alcohol or drugs?
Are you addicted to painkillers?