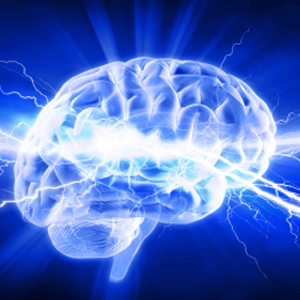 Young adults with healthy blood pressure go on to have better thinking and memory skills in midlife than their peers with higher blood pressure, according to a new analysis.

Previous studies have linked poor fitness and heart health in middle age to declining mental function and dementia around age 70 to 80.

"We know these risk factors are important later in life but what is new is that they seem to be important for cognitive health even going from young to mid adulthood," lead author Dr Kristine Yaffe of the University of California, San Francisco, told Reuters Health in an email.

"This is the first time anyone has shown this." The researchers followed more than 3 000 young people, initially ages 18 to 30, for 25 years. All participants were examined every two to five years after fasting. Technicians measured their blood pressure, blood glucose and cholesterol levels.

In their analysis, the researchers accounted for people's weight, height, smoking and alcohol drinking, age, sex, race and education.

Higher blood pressure readings early in life were associated with poorer performance on all three mental function tests at year 25. The same was true of higher blood glucose levels, and people who qualified as diabetic didn't perform as well on the tests as those without diabetes.

For people without diabetes, though, blood sugar levels didn't seem to make a difference when it came to mental acuity.

People with higher cholesterol scored lower on the learning and memory test, but there was no difference in their performance on the brain ageing test or the processing speed test, according to results published in Circulation.

Many young people have "high normal" markers of heart health – blood pressure, blood sugar or cholesterol levels close to the recommended upper limit, Yaffe said. "The differences (in cognition) are probably too small to be clinically significant, but the question is whether this is the beginning of something later," she said.

Dr Jennifer G. Robinson agreed that the difference in mental functioning was subtle. "People weren't cognitively impaired," but a few decades later they might be, she told Reuters Health.

Robinson, who was not involved in the new research, studies cardiovascular disease and ageing at the University of Iowa in Iowa City. "I find it fascinating because we know that midlife risk factors predict late life cognitive decline, but this is the first study to push it back even further," to young adulthood, she said.

"We're finding subtle changes early that have cumulatively negative effects. The public health data is extremely clear," she said, and almost anyone on the street can tell you that a healthy diet and regular exercise, which keep the heart healthy, are good for the body. But not everyone can follow this advice, she said. "We have to be serious about promoting healthy habits throughout the lifespan," Robinson said.

Young people with "high normal" heart health markers don't necessarily need treatment. But, "the important public health message is heart health is good for brain health even as a young adult," Yaffe said."We want a society that promotes health in youngest and oldest, poorest and richest," Robinson said. "These studies are critical in building a body of evidence for that."

We live in a world where facts and fiction get blurred
In times of uncertainty you need journalism you can trust. For only R75 per month, you have access to a world of in-depth analyses, investigative journalism, top opinions and a range of features. Journalism strengthens democracy. Invest in the future today.
Subscribe to News24
Related Links
Demanding new skills make ageing minds sharper
Active minds retain cognitive skills
Next on Health24
Dog owners likely to report better emotional health during Covid-19 pandemic, study shows