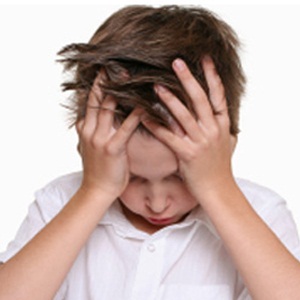 A family-based cognitive behavioural therapy markedly improves symptoms in children as young as five years old with obsessive-compulsive disorder (OCD), according to a new study.

The behavioural treatment, which involved parents heavily and is already known to work for older kids and teens, left almost three quarters of the young children significantly better off, according to objective measurements.

"I really think that the results highlight this family-based cognitive behaviour therapy model as the first-line treatment for children with OCD," Jennifer Freeman, the study's lead author, told Reuters Health.

Freeman is affiliated with the Alpert Medical School of Brown University, the Paediatric Anxiety Research Clinic at Rhode Island Hospital and the Intensive Program for Obsessive-Compulsive Disorder at Bradley Hospital in Providence, Rhode Island.

People with OCD have a set of compulsions – feeling compelled to do something – that cause them distress or disrupt their daily lives. For example, a person may have an intense fear that something bad will happen unless they perform a certain action multiple times.

The condition has been found to run in families, according to the US National Institutes of Health (NIH), but its cause is still unclear.

About 2.2 million US adults are affected by OCD, with approximately one-third of those having developed symptoms as children, according to NIH.

Considerable research has shown that CBT alone or in combination with anti-anxiety medicine is effective in treating OCD among older children and adolescents, Freeman and her colleagues write in JAMA Psychiatry.

There was little evidence about what worked for younger children with OCD, however.

For the new study, researchers from three academic medical centres in the US randomly assigned 127 children between ages five and eight years old to one of two groups.

One group of 63 received a version of the family-based CBT designed to meet the needs of younger kids and their parents. The therapy emphasises understanding, managing and reducing OCD symptoms.

That's accomplished through lessons and exercises, including educating the families about the condition and showing parents and children how to respond to compulsions or other symptoms.

Unlike the version for older children and adolescents, the CBT for younger children requires much more parental involvement and lessons and activities geared toward the child's developmental level.

The other group of 64 kids received a family-based relaxation therapy, for comparison. It teaches children and their families relaxation techniques but does not specifically address OCD or its symptoms.

The treatments were administered to each family over 14 weeks, at the end of which an independent evaluator reported that 72% of the children in the CBT group were either "very much" or "much" improved. That compared to 41% of kids in the relaxation group.

Freeman said that evaluation means the children and parents reported a significant improvement in everyday life. For example, the children's compulsions may have diminished and caused less disruption in their lives.

There was also a greater decrease in the severity of OCD symptoms among those in the CBT group, compared to those who got the relaxation treatment.

Freeman said she and her colleagues are starting to look at data from the children past the initial 14 weeks. That will show whether the after-effects of CBT are sustained over months or years.

"That's going to help us understand what next steps need to be taken," Anne Marie Albano told Reuters Health.

Albano, who was not involved in the new study, directs the Columbia University Clinic for Anxiety and Related Disorders in New York.

She said the additional data will tell researchers if children need additional sessions after the 14 weeks and if they will eventually need medication.

"I think this is so critical," she said. "And the people in public health should be jumping on this and disseminating the treatment so therapists learn how to do this."

Freeman said the version of family-based CBT used in this study may not be widely available, but her group has published a manual to help therapists learn how to administer the treatment.

We live in a world where facts and fiction get blurred
In times of uncertainty you need journalism you can trust. For 14 free days, you can have access to a world of in-depth analyses, investigative journalism, top opinions and a range of features. Journalism strengthens democracy. Invest in the future today. Thereafter you will be billed R75 per month. You can cancel anytime and if you cancel within 14 days you won't be billed.
Subscribe to News24
Related Links
New moms suffer more OCD symptoms
Deep brain stimulation for OCD
Pregnancy may worsen OCD
Next on Health24
A psychopath's brain is biologically different from regular humans, new study finds