Conflict and arguments may lead to an early grave 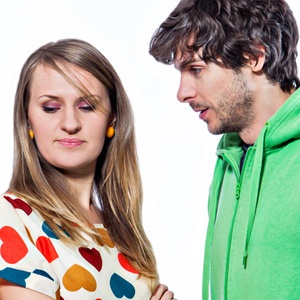 Arguing and worrying over family problems may lead to an increased risk of dying in middle age, Danish researchers report.

Conflicts with family, friends and neighbours posed the greatest risk. Those most at risk are men and people out of work, the researchers noted.

"Stressful social relations in private life are associated with a two- to three-times increased risk of dying," said lead researcher Dr Rikke Lund, an associate professor in the department of public health at the University of Copenhagen.

"Worries and demands from partners and children, and conflicts in general, seem the most important risk factors," she said.

"We also find that men and participants outside the labour force are especially vulnerable to the exposure to stress from social relations," she said.

Simon Rego, director of psychology training at Montefiore Medical Centre at Albert Einstein College of Medicine in New York City, said, "While we've long known the protective role that healthy social relations play, the results of this study suggest that social relations are actually more like a double-edged sword, as they can also be destructive when unhealthy."

The report was published online in the Journal of Epidemiology & Community Health.

For the study, Lund and colleagues collected data on nearly 10 000 men and women, aged 36 to 52, who took part in the Danish Longitudinal Study on Work, Unemployment and Health.

Participants were asked about their everyday social relationships, particularly about who, among partners, children, other relatives, friends and neighbours, made excess demands, prompted worries or were a source of conflict, and how often these problems arose. They also examined whether having a job made a difference.

Using data from the Danish Cause of Death Registry, researchers tracked participants from 2000 to the end of 2011. Over that time, 196 women (4%) and 226 men (6%) died. Nearly half the deaths were from cancer. Heart disease and stroke, liver disease, accidents and suicide accounted for the rest.

Arguing the most harmful

About one in 10 said that their children were a frequent source of excess demands and worries. 9% said that their spouse was often a source of demands or concern. 6% cited problems among their relatives and 2%had issues with friends.

Some 6 p% of participants said they "always or often" had conflicts with their spouse or children, 2%t had such conflicts with other relatives and 1% with friends or neighbours.

Taking all of this into account, Lund's team calculated that these stresses were linked to a 50% to 100% increased risk of death from any cause. Among all these stresses, arguing was the most harmful, the researchers found.

Frequent arguments with partners, relatives, friends or neighbours were associated with a doubling to tripling in the risk of death from any cause, compared with those who said these incidents were rare, the authors noted.

Rego said it's important to note the limitations of an observational study, such as this one. "As with all studies that employ observational designs, caution should be used when interpreting the results, as the design does not provide conclusive information about any cause-and-effect relationships," he said.

Still, the researchers suspect that greater stress from conflicts and concerns might be the reason behind the increased risk. They noted that when stressors were increased – for example, conflict at home coupled with unemployment – the risk of premature death also rose.

Rego said the interactions between stressful social situations and the body's stress response as well as other factors – such as genetics, environment, socioeconomic factors and psychological responses – likely all play a role in the association between conflicts and a higher risk of death.

Lund suggested that learning to deal with conflict and stress might be helpful. "Skills in handling worries and demands from close social relations as well as conflict management within couples and families, and also in local communities, may be considered important strategies for reducing premature deaths," Lund said.

Rego agreed. "Given these findings, it seems reasonable to conclude that designing and implementing psychological interventions, such as cognitive behavioural therapy, which focus on teaching specific skills like how to manage worries and demands from close social relations, as well as conflict management within couples, families, and even in local communities, all may be important strategies for reducing premature deaths," he said.

We live in a world where facts and fiction get blurred
In times of uncertainty you need journalism you can trust. For only R75 per month, you have access to a world of in-depth analyses, investigative journalism, top opinions and a range of features. Journalism strengthens democracy. Invest in the future today.
Subscribe to News24
Related Links
Wives responsible for calming down after fights
Avoiding money problems in relationships
21 minutes to marital satisfaction
Next on Health24
Psychologists find a key reason for 'Zoom fatigue' and why women are more susceptible