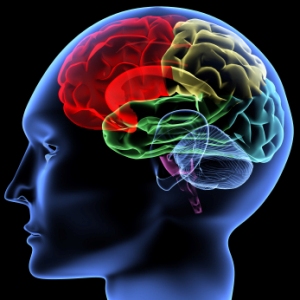 iStock
Scientists have watched a mild traumatic brain injury play out in the living brain, prompting swelling that reduces blood flow and connections between neurons to die.

"Even with a mild trauma, we found we still have these ischemic blood vessels and, if blood flow is not returned to normal, synapses start to die," said Dr. Sergei Kirov, neuroscientist and Director of the Human Brain Lab at the Medical College of Georgia at Georgia Regents University.

They also found that subsequent waves of depolarisation when brain cells lose their normal positive and negative charge quickly and dramatically increase the losses.

Researchers hope the increased understanding of this secondary damage in the hours following an injury will point toward better therapy for the 1.7 million Americans annually experiencing traumatic brain injuries from falls, automobile accidents, sports, combat and the like. While strategies can minimise impact, no true neuroprotective drugs exist, likely because of inadequate understanding about how damage unfolds after the immediate impact.

Kirov is corresponding author of a study in the journal Brain describing the use of two-photon laser scanning microscopy to provide real-time viewing of submicroscopic neurons, their branches and more at the time of impact and in the following hours.

Scientists watched as astrocytes smaller cells that supply neurons with nutrients and help maintain normal electrical activity and blood flow in the vicinity of the injury swelled quickly and significantly. Each neuron is surrounded by several astrocytes that ballooned up about 25%, smothering the neurons and connective branches they once supported.

"We saw every branch, every small wire and how it gets cut," Kirov said. "We saw how it destroys networks. It really goes downhill. It's the first time we know of that someone has watched this type of minor injury play out over the course of 24 hours."

Stressed neurons ran out of energy and became silent but could still survive for hours, potentially giving physicians time to intervene, unless depolarisation follows. Without sufficient oxygen and energy, internal pumps that ensure proper polarity by removing sodium and pulling potassium into neurons, can stop working and dramatically accelerate brain-cell death.

"Like the plus and minus ends of a battery, neurons must have a negative charge inside and a positive charge outside to fire," Kirov said. Firing enables communication, including the release of chemical messengers called neurotransmitters.

"If you have six hours to save tissue when you have just lost part of your blood flow, with this spreading depolarisation, you lose tissue within minutes," he said.

While common in head trauma, spreading depolarisation would not typically occur in less-traumatic injuries, like his model. His model was chemically induced to reveal more about how this collateral damage occurs and whether neurons could still be saved. Interestingly, researchers found that without the initial injury, brain cells completely recovered after re-polarisation but only partially recovered in the injury model.

While very brief episodes of depolarisation occur as part of the healthy firing of neurons, spreading depolarisation exacerbates the initial traumatic brain injury in more than half of patients and results in poor prognosis, previous research has shown. However, a 2011 review in the journal Nature Medicine indicated that short-lived waves can actually protect surrounding brain tissue. Kirov and his colleagues wrote that more study is needed to determine when to intervene.

One of Kirov's many next steps is exploring the controversy about whether astrocytes' swelling in response to physical trauma is a protective response or puts the cells in destruct mode. He also wants to explore better ways to protect the brain from the growing damage that can follow even a slight head injury.

We live in a world where facts and fiction get blurred
In times of uncertainty you need journalism you can trust. For only R75 per month, you have access to a world of in-depth analyses, investigative journalism, top opinions and a range of features. Journalism strengthens democracy. Invest in the future today.
Subscribe to News24
Related Links
High BP damages the brain
Damage blood vessels in brain an Alzheimer's risk
Brain stents for some stroke patients
Next on Health24
Dog owners likely to report better emotional health during Covid-19 pandemic, study shows