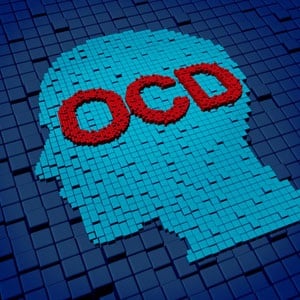 People with obsessive-compulsive disorder (OCD) may be at higher risk for schizophrenia - study finds.

"In the general population, about 1 percent of people are diagnosed with schizophrenia, a proportion that jumps to 2 percent among those who already have a diagnosis of OCD," explained Dr. Alan Manevitz, who was not involved in the study but reviewed its findings.

"But even with this doubled risk, it would be alarmist to suggest that a person with OCD has a high chance of developing schizophrenia. In fact, that risk remains small." said Manevitz, a clinical psychiatrist at Lenox Hill Hospital in New York City.

Link between the two disorders

While OCD and schizophrenia are two distinct mental disorders, prior research has suggested a link between the two conditions.

In the new study, Danish researchers led by Sandra Meier of Aarhus University tracked data from 3 million people who were born between 1955 and 2006. All of the participants were followed from 1995 through 2012.

Read: Get to grips with OCD

Of the more than 16,200 people who developed schizophrenia, about 3 percent of them had a prior diagnosis of OCD, the researchers report online in JAMA Psychiatry.

The findings indicate some overlap between OCD and schizophrenia, but do not suggest that the disorders should be combined into one diagnosis, Meier's team said.

"Further research is needed to disentangle which genetic and environmental risk factors are truly common to OCD and schizophrenia," the study authors concluded.

"While this study confirms the small but perhaps significant increase in the category of patients suffering from both OCD and schizophrenia, it doesn't tell us why," Manevitz said.

"I agree with the study authors that much more research into this field is warranted. If scientists can find overlapping biological or genetic markers common to the two conditions, such advancements could lead to new and better treatments for both."

Another expert had a different take on the findings.

"At least some of the association may have been a result of misdiagnosis in patients before they developed more specific symptoms of schizophrenia," said Dr. Aaron Pinkhasov, chairman of the department of behavioural health at Winthrop University Hospital in Mineola, New York.

"Notably, the study only looks at patients who have come in contact with a psychiatric hospital," he said.

"As the majority of mild and moderate OCD patients are treated by general practitioners in an outpatient setting, it makes it difficult to apply these findings to all patients suffering from OCD. Hence, the risk may in fact be somewhat overestimated."

Image: OCD depicted inside a head of blocks from Shutterstock