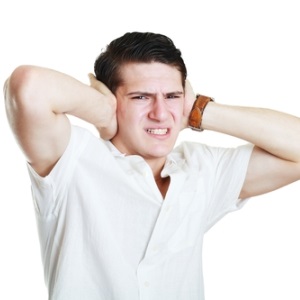 "I hear about 13 or so voices," she said in a news release from Durham University, in England. "Each of them is different – some have names, they are different ages and sound like different people. Some of them are very angry and violent, others are scared, and others are mischievous."

In fact, "for me, the word 'voices' isn't sufficient," said Waddingham, a trustee of the National Hearing Voices Network in the United Kingdom, and the International Society for Psychological and Social Approaches to Psychosis.

She said that while she uses the word voices to convey her experience, the word also "hides the embodied parts of my experience for which I have few words to describe."

Read: Half of patients don’t stick to their psychiatric medication

Now, a new study from Durham University highlights the complexity and variety of the "voices" some psychiatric patients and others experience.

The study was led by Angela Woods of Durham's Centre for Medical Humanities. It included 127 people who had been diagnosed with a psychiatric disorder and 26 others with no history of mental illness. The participants completed an online questionnaire that asked them to describe their experiences of hearing voices in their head.

Many said they hear multiple voices (81 percent) with distinct, character-like qualities (70 percent). Two-thirds said they also experience physical effects from the voices, such as hot or tingling sensations in their hands and feet.

Voices that affected the body were more likely to be abusive or violent and, in some cases, were linked to traumatic experiences, respondents said.

Fear, anxiety, depression and stress were often associated with voices in the head, but 31 percent of the participants also felt positive emotions, according to the study published online March 10 in The Lancet Psychiatry.

Less than half of the people in the study said they heard purely auditory voices, with 45 percent reporting either thought-like or "in-between" voices with both thought-like and auditory features.

This finding challenges the belief that voices in the head are always auditory, and may prove important in future studies into what occurs in the brain when people hear voices, the researchers said.

The authors also reported that their study confirms that both people with and without mental illness hear voices.

"It is crucial to study mental health and human experiences such as voice-hearing from a variety of different perspectives to truly find out what people are experiencing, not just what we think they must be experiencing because they have a particular diagnosis," Woods said in the news release. "We hope this approach can help inform the development of future clinical interventions," she said.

Experts in the United States agreed the new findings are important. Dr. Sophia Frangou is chief of the psychosis research program at Icahn School of Medicine in New York City. She said that while the study of voices "goes back a very long way," the new report "makes a small but interesting contribution."

And Dr. Alan Manevitz, a clinical psychiatrist at Lenox Hill Hospital in New York City, added that auditory hallucinations are a hallmark of many psychiatric ills. "The treatment and resolution of this symptom has been the way medicine and psychiatry traditionally tracks improvement in patients," he said.

Manevitz stressed that the new study had several limitations, including the fact that the survey was offered online under less-controlled conditions, had more than double the number of women than men, and didn't adequately represent minority populations, which are known to have a higher incidence of these types of symptoms of psychosis compared to whites.

Still, Manevitz said the research revealed new details into the nature of voices. For example, "command" voices – the type thought to be most closely linked to the potential for physical harm – were relatively rare, "only prevalent in 5 percent of those participating", Manevitz said.

In addition, four-fifths of survey respondents "heard multiple voices with different 'character' qualities – that means they were of specific age, gender and had distinct identities," he said. Two-thirds also reported bodily sensations happening alongside the voices.

Read: How your brain decides what you say

Those findings are echoed in Waddingham's own experience. "Sometimes, I hear a child who is very frightened," she said. "When she is frightened I can sometimes feel pains in my body – burning. If I can help the voice calm down, by doing some grounding strategies, the burning pains stop."

Waddingham called the new research "a step forward. If we want to understand more about voice-hearing, it makes sense to ask a voice-hearer – and be willing to modify our perception of what it means to hear voices based on their answers."