What the Rorschach test can reveal about you A bear? A bat? A butterfly?

Images seen in Rorschach inkblots reveal the viewer's unconscious mind, including any serious mental disorders. Or do they? Is the Rorschach test a brilliant diagnostic tool, or a glorified parlour trick?

The Inkblots: Hermann Rorschach, His Iconic Test, and the Power of Seeing raises these questions and lands in the middle. Author Damion Searls concludes, after much throat-clearing, that patients, in partnership with gifted psychologists, may uncover fascinating areas to explore through the Rorschach. But using the results in parental custody lawsuits or other high-stakes arenas, he writes, is fraught with problems.

For instance, what precisely are we testing when we ask people what they see in inkblots? Surprisingly, we don't know. The test's theoretical underpinnings have never been worked out. That hasn't stopped its runaway success.

The 10 cards, printed with symmetrical forms, remain the same as when Swiss psychiatrist Hermann Rorschach first published them in 1921 to accompany his book Psychodiagnostics. Rorschach's influences included a children's game called klexography, psychoanalysis trailblazers Freud and Jung, and observations of his asylum patients' interpretations of the set of images.

"Rorschach did not conceive of the blots as a 'test' at all; he called it an experiment, a nonjudgmental and open-ended investigation into people's ways of seeing," Searls writes. Rorschach resisted initial pressure to use his inkblots in schools as an aptitude test. He wrote that the thought of an aspiring student barred from university study because of his work made him feel "a bit like I can't breathe". A systematic collection of test results in a large sample would be required, he wrote, and a solid theoretical basis would need to be established.

Rorschach died tragically at age 37 of peritonitis from a burst appendix a year after publishing Psychodiagnostics. The inkblots, freed from their creator's control, billowed in popularity as others adapted them to various uses over the decades.

In 1945, a psychiatrist administered the test to Nazi prisoners awaiting judgment in the Nuremberg Trials. In the sixties, the test peaked at a million uses a year in the United States.

As new data technology emerged in the late 1980s, a new computer programme made interpretations based on patient responses to the inkblots. In 2008, Japanese researchers used an MRI to track real-time brain activity of subjects viewing inkblots, finding original and standard answers arise in different parts of the brain.

Pop culture has found the test images irresistible. Andy Warhol made his own series of giant inkblots and titled each of the paintings "Rorschach". Jay Z put one of Warhol's works on the cover of his book Decoded. Advertisers have used inkblots to sell perfume, investment advice and mobile phones. 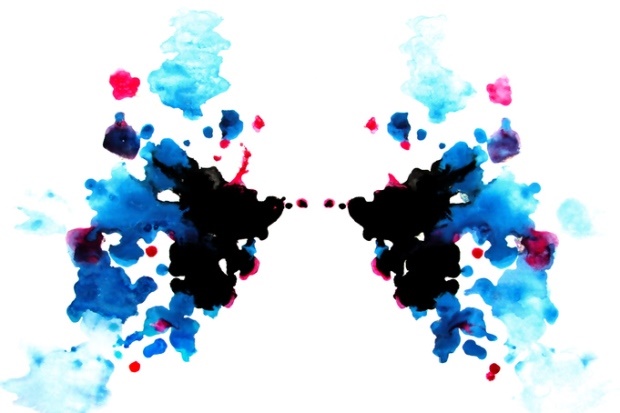 Searls, a literary translator of French and German, wades out of his depth when he tries to assess these popularised inkblots as cultural metaphors. The chapter The Rorschach Test Is Not a Rorschach Test fails to build a convincing case. But it includes a fun passage where Searls reveals a psychologist tested him with the inkblots and told him he was a little obsessive.

So, there you go, the Rorschach works.

In the end, Searls' obsession with details – gleaned in part from an unpublished archive of source material – grows a bit tiresome. Some readers will find more than they want to know about Rorschach's short life and the subsequent professional feuds over his work's clinical validity and competing scoring systems.

The Inkblots is an exhaustive – sometimes exhausting – inspection of a misunderstood psychological test and its inventor. It is impressive to have on the shelf and not always a bear to read. Or is that a butterfly?

How Trump is leading America by the nose (Part II)

We live in a world where facts and fiction get blurred
In times of uncertainty you need journalism you can trust. For only R75 per month, you have access to a world of in-depth analyses, investigative journalism, top opinions and a range of features. Journalism strengthens democracy. Invest in the future today.
Subscribe to News24
Related Links
SEE: This movie scene is so sad it’s used in depression studies
Psychology Festival of Learning - 11 and 12 September
Wealth managers seek psychology skills
Next on Health24
Joy as Moti brothers reunited with family: But experts warn of trauma experienced by kidnap victims