Anxious all the time? It could be that you’re purposefully choosing worrying over relaxing 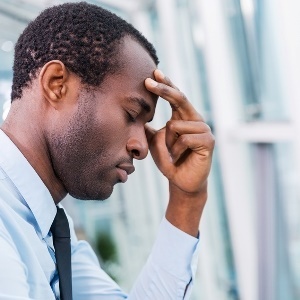 Anxious all the time? You could be purposefully resisting relaxation.

If you’re feeling the weight of the world and just don't know how to get on top of your anxiety, the answer may be simple, a new study by Penn researchers suggests.

While relaxation techniques are great for the body and mind and usually help with stress management, they could have the opposite effect for some people.

The study, published in the Journal of Affective Disorders, notes that people who are more sensitive to shifts in negative emotion – quickly moving from a relaxed state to a state of fear, for example – are more likely to feel anxious while being led through relaxation exercises.

Resisting relaxation and continuing worrying is likely because people may want to avoid a large jump in anxiety if something bad were to happen.

The causes of anxiety, or why some people are more susceptible than others, aren’t clear, although genes are thought to be a factor. While it’s normal for people to feel anxious, the anxiety can become extreme and lead to psychological symptoms such as feelings of losing control, fainting, or dying.

Relaxation-induced anxiety (RIA) is a phenomenon that occurs when people experience anxiety as a result of trying to relax, but Michelle Newman, professor of psychology, said the results can actually benefit people who experience this.

“People may be staying anxious to prevent a large shift in anxiety, but it’s actually healthier to let yourself experience those shifts.

“The more you do it, the more you realise you can do it,” Newman said.

The researchers recruited 96 college students for the study. Participants included:

Participants were led through two relaxation techniques and after analysing the data, it was found that those with generalised anxiety disorder (GAD) were more likely to be sensitive to sharp spikes in emotion, such as going from feeling relaxed to feeling scared or stressed. Those with major depressive disorder displayed similar results, although theirs were not as strong.

‘Live in the moment’

Interventions such as mindfulness training can help people ‘let go and live in the moment’, added Newman.

The specific cause of RIA remains unknown, but Newman developed a theory back in 2011, explaining how the two concepts may be connected:

“The theory revolves around the idea that people may make themselves anxious intentionally as a way to avoid the letdown they might get if something bad were to happen.

“This isn’t actually helpful and just makes you more miserable. But, because most of the things we worry about don’t end up happening, what’s reinforced in the brain is, ‘I worried and it didn’t happen, so I should continue worrying,'” explained Newman.

“Our findings will hopefully serve as a cornerstone for providing better care for these populations.

It would also be important to look at relaxation-induced anxiety in other disorders, including panic disorder and persistent mild depression, Kim added.

Image: iStock
We live in a world where facts and fiction get blurred
In times of uncertainty you need journalism you can trust. For only R75 per month, you have access to a world of in-depth analyses, investigative journalism, top opinions and a range of features. Journalism strengthens democracy. Invest in the future today.
Subscribe to News24
Next on Health24
Anxious all the time? It could be that you’re purposefully choosing worrying over relaxing