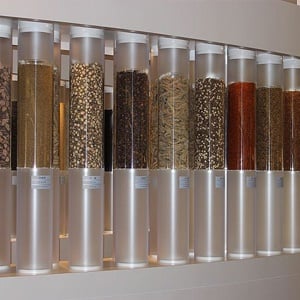 When one considers traditional herbal medicines as well, that figure shoots up to 80%. A recent survey conducted in South Africa suggests that up to 51% of surgical patients use herbal medicine in the two weeks leading up to their procedure; consensus has it that this poses risks to them.

The danger of herbal medicines lies in the widespread perception that because they are “natural”, it means that they are safe. This perception is ill informed. For example, there is poor regulation in South Africa of herbal medicine manufacture. This results in great variation between different manufacturers, with some tending to underreport or omit to mention the side effects of their therapies, while overemphasising the positive effects.

Read: Are alternative medicines in trouble in SA?

More than 70% of patients do not choose to disclose if they are using any of these drugs to their doctors and physicians treating them. Unfortunately, the side effects of non-disclosure can be dire for patients. One of the most dangerous adverse effects includes increased bleeding, as well as increased blood loss throughout surgery.

Drug interactions between herbal medicines and conventional drugs are often not fully appreciated.

Out of the drugs reported in a recent survey, 27% of them altered clotting, 30% had a direct influence on heart rhythm, rate and blood pressure, and 20% increased sedation.

Examples of common herbal medicines include ginger, garlic, kava, gingko and evening primrose oil – which, on the face of it, are innocuous or even beneficial to consume.

Wounds are often treated with kava and the oral indications of kava include anxiety, insomnia, restlessness, muscle pain and headaches; additive drowsiness and depression of motor reflexes may be the result of kava interacting with central nervous system depressants (such as sedatives and tranquillisers) or alcohol.

Some physicians may not be familiar with and underestimate the clinical effect of the herbal medication, or the mechanism of action of a specific herb. When unexpected complications occur, anaesthesiologists and other physicians should make sure the patient has not omitted to reveal the use of any herbal medication. Examples have been experienced where patients have failed to disclose herbal medicines such as omega oils, arnica tablets, evening primrose oil and St. John's wort, to name a few, resulting in a return to theatre for physicians with patients suffering excessive bleeding due to use of such remedies.

Prolonged use of herbal medicines may result in a confusing clinical picture when patients fall ill as a result of taking them. The bioactive components contained in a single herb may contribute, in varying degree, to the observed effect and interaction, leading to difficulties in predicting and explaining herb-drug interactions.

Other herbal medicines compete for the same cytochrome pathway as anaesthetic agents commonly used, which may slow down the clearance of the anaesthetic drug administered, predisposing patients to toxic effect as a result of higher plasma concentration. The net effect of such interactions is pharmacological chaos.

The South African Society of Anaesthesiologists (SASA) advises the public to discuss any usage of herbal medicines with medical practitioners (both the surgeon and the anaesthesiologist), well before they undergo any surgical procedures.

Most medical authorities agree that the use of herbal supplements and medicines should be stopped at least two weeks before surgery.

Perhaps you, like many others, take herbal medicines because you believe it’s the smart thing to do, and in some cases it may well be so. But to tell your healthcare practitioner that you use such therapies, especially in run-up to and after a surgical procedure, may be one of the smartest things you ever do.

When herbal remedies are dangerous to your health

Docs are unsure about herbal remedies

We live in a world where facts and fiction get blurred
In times of uncertainty you need journalism you can trust. For 14 free days, you can have access to a world of in-depth analyses, investigative journalism, top opinions and a range of features. Journalism strengthens democracy. Invest in the future today. Thereafter you will be billed R75 per month. You can cancel anytime and if you cancel within 14 days you won't be billed.
Subscribe to News24
Related Links
Taking St. John's wort for depression not risk free
Are herbal remedies safe?
Why go the herbal route?
Next on Health24
A short history of SA's miracle herb: buchu