7 reasons why you should drink matcha tea 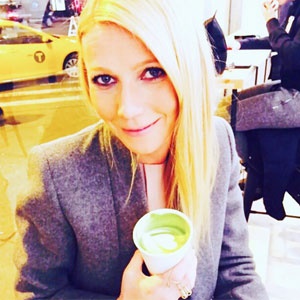 Green tea is well known for all of its health benefits. So why would you want to drink matcha green tea, especially if you are already drinking regular green tea?

Here are 7 reasons to add matcha to your daily routine:

We’ve all heard about the damage those “terrorist” free-radicals can do in the body, so here’s how matcha helps combat them:

Because matcha is grown in the shade and away from pollution, it is super rich in chlorophyll (compared to ordinary green teas) and has 137 times more antioxidants, making it a potent agent for ridding your body of free-radicals such as chemicals and heavy metals that our modern lifestyle unavoidably exposes us to.

For the more statistically-minded, experts at Tufts University found that its ORAC (oxygen radical absorbance capacity) reveals a phenomenal 1573 units per gram; which makes it an antioxidant gold mine in comparison to pomegranates (105 units per gram) and blueberries (93 units per gram).

2. Creates a calm yet alert state of mind

The brain produces different frequency brain waves associated with different mind-states. In Alpha wave mode, one is typically relaxed but alert. Beta waves are associated with being busy and active, but also with anxiety and stress, so naturally it is preferable to be in Alpha mode.

The high concentration of an amino-acid called L-Theanine in matcha tea stimulates Alpha brainwaves, allowing us to achieve that desirable but rare mind-state of relaxed focus along with mental clarity.

Good Morning lovers ... I am starting the day with a massive #matcha #latte to help rid me of a headache before #bikram #yoga ... What are your Sunday plans? I made mine with a hint of honey and coconut milk. Thanks to @justmatcha for the awesome gift! #justmatchafamily #tea #morning #Sunday #weekend #matchalatte #foodie #food #whiskingit #workout #eatclean #coconut #breakfast #brunch #eatclean #vegan #paleo #vegetarian #health #wellness #healthy #protea #capetown #southafrica

3. Burns fat and speeds up metabolism

As a powerful calorie burner, matcha boosts metabolism (the rate at which your body burns fuel to produce energy) and thus melts away fat. According to a study appearing in the American Journal of Clinical Nutrition, matcha tea takes a person’s normal 8-10% daily energy output up to a hefty 35-43%, which also speeds up your body’s physical recovery after a workout.

This along with the fact that it contains caffeine make it a good addition to your pre-workout shake.

Matcha has a high concentration of a substance called epigallocatechin gallate (EGCG), which has been shown to influence the way glucose is absorbed. When matcha tea is consumed with a meal, the catechins contained therein have even been shown to reduce the amount of glucose that filters through to the bloodstream, and in so doing help prevent blood sugar spikes.

Studies show evidence that EGCG also affects lipid metabolism which, in turn, lowers cholesterol, and decreases your risk of a stroke.

5. Slows down the effects of ageing

By reducing the free radicals and inflammations which induce ageing, the EGCG (mentioned above) also has a positive effect on membrane tissue in the body. What this means for you is that your body’s cell-walls are strengthened, providing greater protection against toxins and invaders, and you have healthier skin.

Ten years ago studies were inconsistent regarding the cancer-fighting abilities of matcha, but current tests show a definite link between consuming matcha tea and effectively reducing the risk of colon, breast, ovarian, prostate and lung cancers. The EGCG in matcha has the ability to inhibit an enzyme which causes the growth of cancer, but also destroy malignant cancer cells, while leaving healthy tissue unharmed.

Many have experienced the unpleasant occurrence of bad breath while dieting or detoxing. (Sometimes it happens even while NOT detoxing.) Happily, matcha is recommended by doctors for curbing this embarrassing problem.

It substantially retards the growth of oral bacteria, so drinking a cup after a meal is a good way to fight tooth-decay and promote healthy gums.

So there you have it, 7 good reasons to be drinking this fantastic superfood. An added benefit is that when you prepare matcha in the traditional Japanese way, you may find, as many have, that the process itself has a calming effect and encourages a sense of mindfulness about caring for the body.

The Japanese have been drinking it for hundreds of years and even monks have used it during meditation. And the rest of the world seems to be finally coming to appreciate this little gem of a superfood.

And finally, if you need another reason, celebs are loving it too. Celebrity Gwyneth Paltrow revealed her love for matcha lattes on Instagram - see below:“New dreamy discovery to warm up a wintry day: matcha latte”. Where to get Matcha?

You can buy match at specialist tea shops or health shops, or directly from Justmatcha.co.za

Haskell CFT, Kennedy DO, Miln AL, Wesnes KA and Scholey-AB, (2008, February), The effects of L-theanine, caffeine and their combination on cognition and mood, http://www.ncbi.nlm.nih.gov/pubmed/18006208

We live in a world where facts and fiction get blurred
In times of uncertainty you need journalism you can trust. For 14 free days, you can have access to a world of in-depth analyses, investigative journalism, top opinions and a range of features. Journalism strengthens democracy. Invest in the future today. Thereafter you will be billed R75 per month. You can cancel anytime and if you cancel within 14 days you won't be billed.
Subscribe to News24
Related Links
Non-prescription medication and natural remedies for menopause
Natural teeth whitener
Treat menopause with natural supplements
Next on Health24
South Africa wants to regulate traditional healers – but it’s not easy