Homeopathy - a gift or con?

Homeopathy has received a lot of negative publicity lately and an increasing number of people are asking whether this 200-year-old healing system is still worth a try or just a waste of time and money. Health24 takes a closer look.

Homeopathy has taken a few serious knocks lately. A number of new reviews on the efficacy of homeopathy in international medical journals have concluded that the benefits of homeopathic medications are no more than that of placebos (a pharmacologically inactive substance - such as a sugar pill - given to patients with the assurance that it will make them better), and worldwide several scientific key players and organisations have denounced the practice of homeopathy as “absurd” and “irresponsible”.

In February this year, the UK Science and Technology parliamentary committee recommended that Britain's National Health Service (NHS) stops funding homeopathy, as it is “merely a placebo”. In May the British Medical Association followed suit by declaring homeopathy “witchcraft and a disgrace” that should not be paid for by the NHS.

In September, the chairman of the Science Council in Japan and physician to Japanese Emperor Akihito, Ichiro Kanazawa, slammed homeopathy as an "absurd" medicine that “ignored science and could claim lives” and urged health workers to stay clear of it. The Japan Medical Association expressed similar concerns.

And early in the year, sceptics in several cities in the UK, Australia, New Zealand, Canada and the US staged a public "overdose" of homeopathic medicine, and reported no ill effects.

Two serious incidents that will still be fresh in people’s minds are the June 2009-sentencing of a homeopath and his wife in Australia for the death of their eczema-stricken 9-month-old baby daughter (they denied her conventional medical treatment and she subsequently died of infection) and reports of a two-month-old Japanese baby who died of cerebral haemorrhage after she was given a homeopathic treatment instead of the normal treatment of vitamin K.

And yet, despite all this negative publicity, homeopathy is the fastest growing medicine system in the world. According to the World Health Organisation (WHO), homeopathy is now the second largest system of medicine in the world and is experiencing an annual growth of around 20 - 25%. It is estimated that by the year 2017, the world homeopathy market would be equivalent to the size of the entire current alternative health care market.

What is going on here?

“The problem with homeopathy is that we do not understand exactly how it works,” says Carlo Odermatt, renowned Swiss homeopath, author and researcher, on a recent seminar tour to South Africa. “It cannot be explained scientifically, and because of that, scientists are quick to dismiss it. However, all the people who use homeopathy know from personal experience that it really works, even if they don’t understand how."

Carla Wullschleger, Swiss pharmacist and homeopath who accompanied Odermatt to South Africa, agrees: “When I started out as a pharmacist I did not believe in homeopathy as it did not make any sense on a scientific level. However, while working as a pharmacist, I saw how people would buy homeopathic remedies and get healthy again. Treatments for bladder infections in women and ear-infections in children worked especially well. Soon after, I decided to try it for myself, and saw the results first-hand.” First developed in Germany in the late 18th century by physician Samuel Hahnemann, homeopathy is believed to work in harmony with the immune system and to stimulate the body’s own defence system and healing powers. In a nutshell, homeopathy is based on the principle of “like cures like”, i.e. disease can be cured by a substance that produces similar symptoms in healthy people. For example, a homeopath might prescribe coffea cruda (unroasted coffee) for insomnia and allium cepa (red onion) for watery eyes caused by allergies.

Homeopathic remedies use materials derived from flora, fauna and minerals, which are prepared by repeatedly diluting the substances. Part of the dilution involves a special method of shaking called “succussion” and medicines which have been prepared this way are called “potentised” medicines.

“The big difference between conventional medicine and homeopathy is that we don’t just treat the symptoms, we also look at the underlying causes of the disease,” says Odermatt. “Each patient is a unique case. Illness starts at an emotional level and the body needs certain information to lead the immune system towards healing itself.”

However, many people have a problem with the high dilution of the remedies. The WHO said in a report: “In some cases, the dilution is so high that it is almost impossible to find one molecule of the original raw material." And many scientists argue that "because it is only water, it has no therapeutic effect, and, of course, it will not have any side effects”.

“But that’s not what it’s about,” Odermatt argues. “It’s about the energy that remains. The water still has the healing properties of the original raw material,” he says.

Over 40 years ago an American, James Randi, offered US$ 100 000 (now swollen to $1 million) to anyone who can provide convincing evidence of the effects of homeopathy. To date, the money has not been claimed.

Earlier this year, however, a Nobel laureate stunned his fellow Nobel Prize winners and colleagues when he claimed to have made a discovery that could prove that homeopathy has a scientific basis after all.

French virologist Luc Montagnier (who discovered the link between HIV and Aids) stunned fellow Nobel Prize winners and colleagues when he revealed that solutions containing the DNA of pathogenic bacteria and viruses, including HIV, "could emit low frequency radio waves" that induced surrounding water molecules to become arranged into "nanostructures". These water molecules, he said, could also emit radio waves.

He suggested that water could retain such properties even after the original solutions were massively diluted, to the point where the original DNA had effectively vanished. In this way, he said, water could retain the "memory" of substances with which it had been in contact - and doctors could use the emissions to detect disease.

This is similar to the principles that underpin homeopathy.

“The greater the success of homeopathy, the fiercer the opposition,” says Odermatt, “it has gone to the extent that the evidence supporting the efficacy of homeopathic treatment is completely ignored.

“When a homeopathic study is not successful, this is often widely publicised by opponents of homeopathy. If a mainstream study fails, this is merely acknowledged (for instance, the devastating studies on antidepressants or hormone replacement therapy).

“It’s all about business. What is more, mainstream medicine has much more money at its disposal for propaganda - and funding clinical studies,” Odermatt says.

“A number of studies have already pointed to the efficacy of homeopathic products,” Odermatt said, “for instance in the treatment of hay-fever, rheumatoid arthritis and childhood diarrhoea.

“Many people claim that homeopathy works simply because people believe it will, and because homeopathic doctors pay more attention to the patient as a whole and they feel heard and attended to – a placebo effect. However, homeopathy also works on animals and babies. How do you explain that?”

According to Odermatt six out of seven published quantitative meta-analyses of randomised clinical trials (RCT) on specific indications, found a significant difference between patients treated with placebo versus homeopathy.

“All the published, non-randomised cohort studies of the last 10 years show that homeopathic treatment is equivalent or superior to conventional treatment and has fewer side-effects.”

Odermatt is a strong proponent of homeopathy working together with conventional medicine to achieve good health.

“I am convinced that both systems are needed and that they could mutually help each other. Depending on the type of disease, homeopathy and allopathy [conventional medicine] are complementary.”

“This has been demonstrated excellently by the 2005 Frass study, a randomised study on critically ill patients in an intensive care unit,” he adds.

For the Frass study, published in the 2005 Homeopathy Journal, half of the patients in ICU with severe sepsis (severe systemic infection) were treated with conventional medicine, whereas the other half of the group was treated with both conventional and homeopathic medicine. “In the group of patients in which mainstream medicine and homeopathy were applied, about 75% of the patients survived whereas in the group using mainstream medicine only 50% survived.” 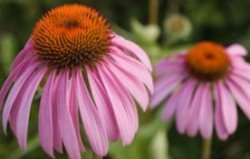 Odermatt stresses that you don’t have to replace your medical doctor with a homeopath. “About 90% of my patients still go to their medical doctor. It is important to inform both your doctor and homeopath of your medication and treatment, in order for their treatment to be complementary.”

According to Wullschleger there are also some excellent prepared homeopathic products available at pharmacies that could help with minor health problems such as eye irritation and hay-fever. “In Switzerland, the homeopathic eye drop range Similisan (which treats eye allergies, computer eyes and so on) is so successful that it even outsells conventional medicine products in its class. It has become a trusted brand.

“Prepared homeopathic products such as these could serve as a good introduction to the world of homeopathy for a new patient,” she adds.

While the debate continues, it is up to each individual to decide whether homeopathy is something they would like to include in their life. However, should you choose homeopathy, always opt for a registered homeopath and remember that he should not replace your conventional doctor.

Avoid homeopaths who shun conventional medicine. It's worth knowing that there are many medical doctors out there who are also qualified homeopaths.

You can use homeopathy to complement your health and medical treatment, but always make sure that you do it in conjunction with your doctor and/or specialist.  For acute conditions and in emergencies make use of conventional medical help and facilities first. And never self-treat without getting some professional advice first.

Homeopathic remedies don’t have side effects and as such cannot do any harm, however, if there is a more serious condition that you may not be aware of, the postponement of specialist medical treatment could have serious complications and consequences. A good homeopath will refer you to a medical doctor or specialist, if necessary.

To find a registered homeopath in your area visit the website of the Homeopathic Association of South Africa.