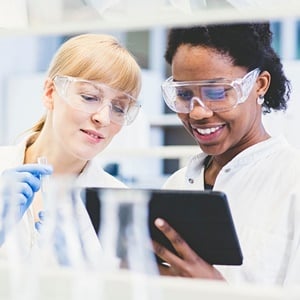 Medical technology is advancing rapidly and there are exciting prospects on the horizon.

2017 has seen its fair share of medical breakthroughs and pioneering research.

This has paved the way for several new advances we can expect in 2018.

With improved technology, remote treatment and better distribution of medical services and medicine is rapidly becoming a reality.

In 2016, it was reported that a start-up company made use of drones to deliver medicine to Rwanda. This practice has since become routine and it is estimated that even more areas will benefit through this method.

One of the big medical breakthroughs featured on Health24 this year was the technique to “edit” embryos to avoid genetic diseases.

This method holds potential for the treatment of many diseases, including retinal degenerative disease and inherited diseases, such as cystic fibrosis and haemophilia.

It was reported in November 2017 that the FDA is set to approve a gene therapy for inherited retinal diseases. Many experts believe that this could pave the way to treatment for even more diseases. 3. ASL patients will be able to communicate with their thoughts

Earlier this year, CNN reported on a new technology that could help decode the thoughts of those with functional brain activity in a completely paralysed body, brought on by a stroke, traumatic injury or amyotrophic lateral sclerosis (ALS).

The initial research was published in the journal PLOS Biology. While the research was only in the beginning stages at the time, it holds great promise for 2018.

4. An artificial pancreas for diabetics

Diabetes is caused by the insufficient production of insulin by the pancreas. It was reported in May 2017 that the first artificial pancreas systems were beginning to infiltrate the market to help diabetics regulate their insulin levels.

As of December 2017, these are still not widely distributed, but we can expect artificial pancreas systems to become more prominent in 2018 and further. When powerful cholesterol drugs known as PCSK9 inhibitors were approved by the FDA in 2015, many experts hailed it as an enormous breakthrough. The study findings were reassuring, but more studies were needed to see whether this would pave the way for a medication with fewer side-effects than statins.

But new studies have reported good news – earlier in 2017, a 20% reduction in LDL was reported in a study group of 25 982 patients. We can expect this drug to be used more frequently in 2018.

We know the drill when it comes to surgeries – no eating and drinking beforehand, feeling a bit groggy afterwards and being prescribed pain medication to help with the recovery. But readmissions after surgery remain a problem, not to mention the opioid problem caused by painkiller prescriptions.

New research has been looking at the Enhanced Recovery After Surgery (ERAS) protocol that accounts for various methods to speed up recovery after surgery. This includes post-operative nutrition plans and alternative methods to pain medication to speed up the recovery process.

In 2018, more hospitals will be looking to use the ERAS protocol. Breast cancer is a disease that will affect one in 26 South African women in their lifetime. We rely on treatments such as chemotherapy to fight the cancer cells, but these do not always have the success rate we hope for.

In 2018 we could expect to see more targeted treatments for breast cancer that is designed to target the specific characteristics of the cancer cells, such as the protein that allows the cells to grow in a malignant way, according to Breastcancer.org.

Sleep apnoea is a potentially dangerous condition and treatment for moderate to severe sleep apnoea is often evasive and uncomfortable, involving the Continuous Positive Airway Pressure machine (CPAP). This machines blows air into your nose via a nose mask, keeping the airway open and unobstructed.

But a less invasive method was approved by the US FDA in October 2017. The Remede sleep system, an implanted device that treats central sleep apnoea by activating a nerve that sends signals to the diaphragm to stimulate breathing, has been approved by the US Food and Drug Administration.

Following successful trial studies, this could be a treatment that we see more frequently in 2018.

Developing vaccines for emerging diseases are pricey and time-consuming. It is important to keep abreast of vaccine technology and develop new ways of vaccination manufacturing to keep epidemics under control.

Luckily, innovators will be upgrading the vaccination manufacturing process in 2018. This includes freeze-drying so that vaccinations can be transported to remote areas more effectively. Companies are also investigating faster ways to manufacture vaccinations to make them more readily available.

The jury is still out on this one, but deserves a mention. In 2017, Sergio Canavero, a neurosurgeon from Italy, was set to perform the first head transplant. Up to now, there has been no success in animal experiments.

This lengthy 36-hour long procedure will allow the head to be removed and be reattached to a new body, with all the nerve ends and blood vessels reattached and the spinal cord glued with a special bio-compatible glue.

Dr Canavero says that the required technology is available and he expects a 90% chance of success. Will we see this in 2018? Only time will tell.

We live in a world where facts and fiction get blurred
In times of uncertainty you need journalism you can trust. For only R75 per month, you have access to a world of in-depth analyses, investigative journalism, top opinions and a range of features. Journalism strengthens democracy. Invest in the future today.
Subscribe to News24
Related Links
World first: Skin from twin saves man with 95% burns
Landmark 'living drug' for leukaemia approved
Gene breakthrough in rare disorder causing deafness
Next on Health24
Some form of long-term symptom lingers in one in 10 who had mild Covid-19, new study finds