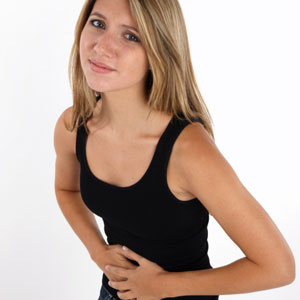 The "brain fog" experienced by many coeliac disease patients seems to improve as their intestines heal after adopting a gluten-free diet, a small new study suggests.

Australian scientists found that banishing gluten – a protein found in wheat, barley and rye that causes intestinal inflammation in those with coeliac disease – led to better scores in attention, memory and other brain functions over the course of a year.

Systemic inflammation
Experts cautioned, however, that those without coeliac disease who choose to go gluten-free – a current diet trend – can't expect clearer thinking to result. While more research is needed, they said, it appears that systemic inflammation common to coeliac patients consuming gluten is to blame for subtle thinking problems, not gluten itself.

"Maintaining a gluten-free diet is essential not only for [coeliac patients'] physical well-being, but for mental well-being also," said study author Dr Greg Yelland, an adjunct senior lecturer in gastroenterology at Monash University in Clayton. "Given the extent of anecdotal data, we would have been surprised not to have found evidence of minor cognitive [brain] impairment in untreated coeliac disease patients."

The study appears in the journal Alimentary Pharmacology and Therapeutics.

Undiagnosed or misdiagnosed
An inherited autoimmune disorder affecting about one in 133 Americans, coeliac disease damages the small intestine and interferes with nutrient absorption when gluten is consumed. An estimated 83 percent of those with the disorder are either undiagnosed or misdiagnosed with another problem, according to the National Foundation for Coeliac Awareness.
Read: Coeliac disease

Yelland noted that the phenomenon of "brain fog" is also reported by chemotherapy patients, pregnant and breast-feeding women, and those with fibromyalgia.

Underlying factor
"This study has shown that 'brain fog' does exist in untreated coeliac disease," Yelland said. "The mechanism for the cognitive impairments associated with 'brain fog' are as yet unknown . . . [but] it would seem unlikely that it specifically involves the ingestion of gluten, but rather some underlying factor such as systemic inflammation."

Dr Eamonn Quigley, medical director of Houston Methodist Hospital's Centre for Digestive Disorders, called the new research "probably one of the best studies that has looked at impaired cognitive function in coeliac disease."

He agreed with Yelland that patients with many health issues use the term to describe "just not being on top of their game".
Read: Gluten allergy boosts death risk

"My interpretation [of the study results] is that whatever defect in the intestine is allowing this brain fog to develop is being resolved" by not eating gluten-containing foods, said Quigley, who wasn't involved in the research.

Dr Peter Green, director of the Coeliac Disease Centre at Columbia University Medical Centre in New York City, said research on gluten is still "nascent", with scientists only recently beginning to tease out its effects in those with and without coeliac disease.
Read more:
Migraines tied to coeliac disease
Coeliac disease tied to timing of gluten exposure in infants
Eat well without dairy or gluten