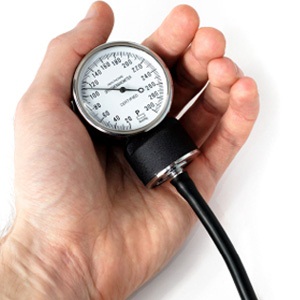 Japanese men with higher blood pressure were more likely to have impaired colour vision, a new study has found.

Researchers said that for now, it's not clear what explains the findings.

According to Dr Saadia Rashid, damage to certain parts of the eye that occurs as a result of high blood pressure could ultimately lead to vision loss. It's possible that impaired colour vision could be a sign of future problems related to high blood pressure, also known as hypertension, said Rashid, an ophthalmologist from Montefiore Medical Centre in New York.

Hypertension-related complications
But the new study represents just a snapshot in time, and longer-term studies are needed to tease out the relationship, she said.

"It will be great if acquired colour vision impairment can be a harbinger of future hypertension-related complications, however it is premature to state that," Rashid told Reuters Health. She was not involved in the research.

The researchers recruited men ages 20 to 60 years old who were on active duty in the Japanese Self Defense Force in Kyoto.

Shoji's team looked at the men's medical records, measured their blood pressure and gave them two tests to assess how accurately they could see and discriminate different colours. Both tests involve lining up a certain number of caps in order of hue.

Changes in vision
Of the 872 men included in the study, 130 failed one test and 31 failed the other.

After the researchers took into consideration other factors such as men's weight, cholesterol, blood sugar levels and other eye diseases, they found that as blood pressure values rose, the odds of having impaired colour vision increased as well.
Read: What it's like to be colour blind

The researchers note that the study design does not allow them to look at changes in vision or blood pressure over time. The study also can't prove high blood pressure caused impairments in color vision.

Still, "The data are useful and important for further investigations of many of these associations," the authors write in the American Journal of Hypertension.

"Colour vision testing is a higher order visual function and the authors have suggested looking into it as a future early marker of hypertensive disease," Rashid said.

Colour vision tests
She said it's possible that by lowering their blood pressure people could reverse acquired colour vision problems, but more research is necessary to determine that as well.

One concern she has is that tests for colour vision function are more complicated than the regular eye tests most people get at the doctor. Colour vision tests are time consuming and hard to do because they require specific lighting conditions, so they're not readily available.

"Future research is needed to popularise this idea, and perhaps come up with simpler ways of checking colour vision, on modalities such as home smartphones and devices as a home screening tool," Rashid said.

"We have to wait for the research to catch up," Rashid added. In the meantime, she said, controlling high blood pressure is "critical" to prevent vision problems and other complications.

She said people can screen their colour vision at home with an online colour test challenge, such as the one online here: http://bit.ly/1bMzPEW. The challenge is similar to the tests used in this study.