Kids who sext may be sexually active 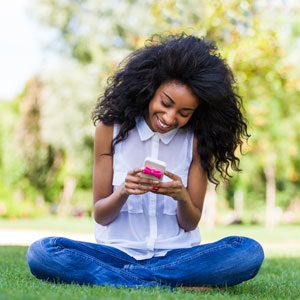 Parents who catch their middle school-aged children sexting may be justified in suspecting something more, a new study suggests.

Adolescents who sent or received sexually explicit photos or text messages were three to seven times more likely to be sexually active than their peers not involved in sexting, according to a survey of nearly 1,300 middle school students in Los Angeles.

"Even among kids as young as 11 to 13, those who sext are also sexually active," Eric Rice, who led the study at the University of Southern California in Los Angeles, told Reuters Health in an email.

Texting-capable phones
"Parents, teachers, social workers and paediatricians all need to recognise that sexting is a contemporary adolescent sexual behaviour. We need to be teaching kids about the ramifications of sexting as part of our sexual education programmes," he said.

The researchers found that three-quarters of the middle schoolers had easy access to texting-capable phones.

Of the kids with cell phone access, 20 percent said they had received at least one sext and almost five percent had sent one. Students who had received a sext were about seven times more likely to be sexually active than those who hadn't and students who had sent a sext were about three times more likely to be sexually active, the researchers found.
Read: Why young kids have sex

In total, 11 percent of the kids surveyed said they were sexually active. And 30 percent of them said that the last time they had sex, it was unprotected, according to findings published in Paediatrics.

Past research has found a link between sexting and sex among high school students. The new survey adds middle schoolers who sext as well as those who excessively text to the list of young people who are more likely to be sexually active.

'Cluster' of risky behaviours
"About 40 percent of 11- to 13-year-olds are sending more than 100 text messages a day. This appears to be part of a 'cluster' of risky behaviours that also includes sexting and sexual activity. Excessive texting may be an indicator for other issues and is something parents, teachers, social workers and paediatricians should be monitoring," Rice said.

The findings suggest that sexting and texting can be an opening for parents to talk about sex with their children, Rice's team adds.

Christopher Houck, a staff psychologist at Rhode Island Hospital in Providence and lead investigator at Bradley Hasbro Children's Research Centre, has also studied sexting and sex but was not involved in the new research.