Marijuana edibles should not appeal to children 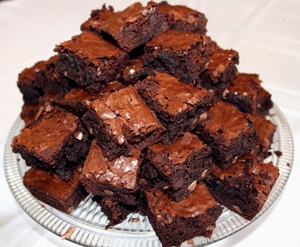 Marijuana stores in Washington State can sell pot in cookies, brownies and other approved baked goods but cannot put the drug in candies, lollipops or food items that might appeal to children, according to newly released rules.

Washington became the second US state to allow recreational sales of marijuana to adults on July 8 when its first retail stores opened under a heavily regulated and taxed system approved by voters in November 2012.

The state's Liquor Control Board, which regulates the fledgling marijuana sector, has published the guidelines for the packaging and labelling of marijuana edibles.

It prohibited any products, labels or packaging designed to be especially appealing to children, including lollipops and suckers, gummy candy and jelly beans.

To gain approval to market a pot-laced food item, such as brownies or bottled drinks, a processor must submit a photo of the product along with its labels and packaging.

The edible also has to pass a processing facility inspection and must be clearly labelled as containing marijuana. Edibles also must be tested for potency and to ensure that the marijuana derivatives are spread evenly throughout the products.

Washington's move to allow recreational sales comes amid a broader trend of liberalisation taking hold in many parts of the United States.

But things have started slowly in the Pacific Northwest, where Washington state regulators have issued just 25 licenses to retailers and are still processing more than 300 others.

That has led to concerns about shortages. The first and only recreational pot shop to open in Seattle ran out of stock only three days after its ribbon-cutting ceremony.

Last week a Seattle-based company that makes marijuana-infused drinks and candies became the first business in the state to be approved to make pot edibles, but it was not clear when the first such products will hit shelves.

We live in a world where facts and fiction get blurred
In times of uncertainty you need journalism you can trust. For 14 free days, you can have access to a world of in-depth analyses, investigative journalism, top opinions and a range of features. Journalism strengthens democracy. Invest in the future today. Thereafter you will be billed R75 per month. You can cancel anytime and if you cancel within 14 days you won't be billed.
Subscribe to News24
Related Links
Legalising pot may cause more problems
Obama gives marijuana the 'green light'
Next on Health24
Cat transfers Covid-19 to human in first documented case