Blood running into streets from mortuary 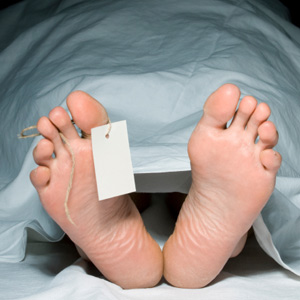 The Northern Cape health department is putting measures in place to prevent the Kuruman Hospital mortuary from further collapse, it was reported on Friday.

"As a department we are taking full responsibility. Every system is in place to avoid the same situation from repeating itself," health MEC Mac Jack told SAfm.

The Daily Sun had reported that residents were complaining about the state of the mortuary.

According to the newspaper, residents had said blood was running in the streets from the mortuary and that its fridges were broken.

"I arrived at the mortuary looking for a lost relative. There was no access control and there were no staff members on the premises," Arnold Pule was quoted as telling the newspaper.

"I saw an uncovered body on the table and a body in a broken fridge. Other bodies lay in fridges with the doors open."

"AfriForum demands incarceration of 10 years for Ms Sesing for her gross negligence," he said.

The charge was brought under section 24 of the Constitution and the National Environmental Waste Management Act, he said.

Pieterse said people in positions of power should be held accountable in their personal capacity when the health of the community is at risk.

Read: How to help a grieving person this festive season

We live in a world where facts and fiction get blurred
In times of uncertainty you need journalism you can trust. For only R75 per month, you have access to a world of in-depth analyses, investigative journalism, top opinions and a range of features. Journalism strengthens democracy. Invest in the future today.
Subscribe to News24
Related Links
What happens when you die?
Hippo kills Limpopo man
If you can't smell these 5 things you might be dying
Next on Health24
Questions over implementation of SA’s new infection control plan