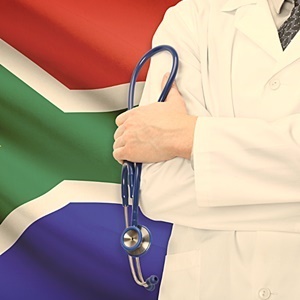 That is the call from the DA in the province who said MEC Mashego has failed to show decisive leadership in his department and under his watch, the condition of the health department has reached crisis point as a result of financial mismanagement.

Read: Mpumalanga health desperately needs a shot in the arm

"As long as MEC Mashego is at the helm of the department of health, the department will continue its stay in the intensive care unit and the people of Mpumalanga will continue to suffer," said DA MPL and spokesperson on health and social development, Jane Sithole in a statement on Thursday.

She pointed out that a Social Cluster Portfolio Committee Meeting on Wednesday revealed that in the 2014/15 financial year, the department failed to meet even half of its set targets. "It only managed to achieve 41.7% yet it spend over R8.8 billion (98.3%) of its R9 billion budget."

Sithole said the department also continues to struggle in meeting the National Core Standards in the health facilities which remain at 0% achieved and Emergency Medical Services continues to achieve 0% of its set targets.

The department failed to upgrade 18 hospitals as planned. The DA blamed this on the lack of leadership and a delay in appointing key personnel.

Sithole added that it is not uncommon to hear reports of people who have had to wait hours and sometimes even days for an ambulance to arrive after it has been called.

"What is alarming however is that the Department of Health has spent its entire budget for Emergency Medical Services yet it has failed to achieve even one of its set targets."

"This gives an indication as to why so many healthcare facilities are either under equipped or are forced to operate in crumbling and dilapidated facilities," said Sithole.

She said that Mashego should admit his failure by stepping down. "[H]is continued failure to lead is wedging a gap between the people of Mpumalanga and their ability to access quality health care".

The Department of Health in Mpumalanga received a qualified opinion from the Auditor General (AG) for the 2014/15 financial year, despite a turnaround strategy implemented after it was placed under curatorship.

Sithole said the DA will continue its bid to have the department placed under curatorship in order to improve access to quality healthcare in the province.

Blood running into streets from mortuary

We live in a world where facts and fiction get blurred
In times of uncertainty you need journalism you can trust. For only R75 per month, you have access to a world of in-depth analyses, investigative journalism, top opinions and a range of features. Journalism strengthens democracy. Invest in the future today.
Subscribe to News24
Related Links
KwaMhlanga is not a 'horror hospital'
Mobile health: Mpumalanga takes health screenings to commuters
Mpumalanga health desperately needs a shot in the arm
Next on Health24
Questions over implementation of SA’s new infection control plan