How to best protect children from sexual abuse 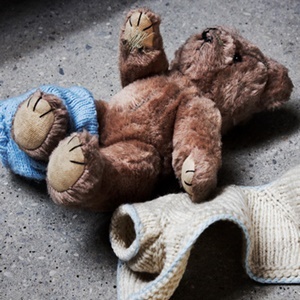 We sometimes warn children of “stranger danger” when, in fact, most sexual or physical abuse is by family members or family friends.

Though there’s a prejudiced suspicion of homosexuals, most have no sexual interest in children, and a majority of abusers are presumably nondescript heterosexual men.

There’s been wide concern about events at Parktown High School, where a swimming coach has been accused by some 20 boys of sexually molesting them. What matters relevant to us all arise from this?

You don’t make a child safer by over-protecting them, or by trying to keep them uninformed on sexual matters.

A genuine safeguard is created when parents ensure – from an early age – that their children are well-informed about sexual behaviours and have a comfortable and on-going conversation with their parents about anything that concerns or puzzles them.

It’s safer when your child feels confident and free to report and discuss any worries with you.

Parents need to discuss inappropriate touch and unnecessary intimacy with their children – and how to refuse it.

They should encourage their children to feel entitled to refuse this, and not to allow anything to happen that they wouldn’t feel comfortable or proud to tell mom and dad about.

Another much neglected but essential lesson is teaching children that it’s not a bad thing to snitch or “tell tales”.

Of course they shouldn’t falsely report wrongdoings that didn’t happen, but they should know it’s good to “tell” an appropriate person – including parents – when someone does something wrong to them, or when they see this happening to someone else.

More common than we think

Children should discuss their feelings of loyalty to friends, teachers, teams or groups, and where the limits of loyalty should lie.

As the many reports emerging from British and American football and other sports show, abuse in school and sports settings are far more common than we used to think.

Of course, most sports coaches are wholesome people. But many well-established stories prove some are indeed predatory, and prey on students or players.

These are jobs that readily attract people with an inappropriate interest in youngsters. As a famous bank robber said when asked why he robbed banks: “That’s where the money is.”

Someone wanting access to vulnerable children – and having a good excuse for spending time with them – is unlikely to make a career in coal mining or Antarctic expeditions, for example. They’ll gravitate towards teaching, sports coaching, the Church, and “enjoy” the opportunities provided.

In the natural outcry after an instance of abuse people often assume that physical damage or pain is the primary problem. In fact, that may be relatively trivial: fondling, for instance, doesn’t cause physical harm.  What is more serious is the psychological harm, and this has serious components which are often ignored.

There’s a sense of betrayal – of having been misled and cheated by someone whom the child trusted – with a duty to care for them, acting solely for the child’s benefit, rather than to use them for their own pleasure in any way.

A child who is lonely, isolated, perhaps not treated with much respect or obvious love at home, may be especially susceptible to someone who seems sympathetic, understanding, and even simply pays attention to them. But later they may feel terribly ashamed and guilty for having responded to any part of the experience.

Reactions of families and communities may compound the damage by blaming the victim: “Why did they not fight fiercely, flee, or scream for help?” “They must have wanted it.” “They must be gay or promiscuous”, and so on.

Fear of such responses can be a reason why victims don’t complain at the time, compounded by a warped sense of loyalty and secrecy the abuser encourages.

If no-one else seems to be complaining, you wonder if you’re wrong to object. Yet the others are silent for the same reason.

An unspoken conspiracy of silence lasts until someone breaks the silence, and then gradually others emerge to confirm what’s happening.

Talking to kids about sexual abuse

We live in a world where facts and fiction get blurred
In times of uncertainty you need journalism you can trust. For 14 free days, you can have access to a world of in-depth analyses, investigative journalism, top opinions and a range of features. Journalism strengthens democracy. Invest in the future today. Thereafter you will be billed R75 per month. You can cancel anytime and if you cancel within 14 days you won't be billed.
Subscribe to News24
Related Links
Limpopo shelter gives hope to abused women
Can sexual abuse during childhood trigger ulcerative colitis?
What motivated the paedophile ring behind baby rape in South Africa?
Next on Health24
In-depth: The human cost of surgical delays