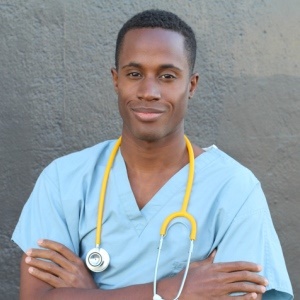 In rural areas the conflict between Western and traditional medicine carries on.

Most young men in Flagstaff at Ingquza Hill believe that traditional medicine as is the best treatment for sexually transmitted infections.

Out of three infected men in the area, only one will choose to seek help at the local clinic while the other two prefer to go to traditional healers.

"I prefer to go to a traditional healer than a clinic because in the clinic they only use pills, which just reduces the infection. According to our belief, when a man goes to a clinic he is regarded as Umfazi," Ndleko said.

A 23-year-old man agreed that he too preferred to use a traditional healer when he's infected.

"Back then elders use traditional medicines and they were very strong. We follow the mentality of our grandparents who dismissed the idea of clinics," Mzuvukile Diko said.

However, the third man – Lindelani Marhashule – said he held the opposite view. He believed that clinics and hospitals offered the best treatment for any diseases.

Both pills and traditional medicine

He urged other men to consult medical doctors or a nurse when they are infected by a sexual transmitted disease in order to receive the best and safest medication.

“The best way is as soon as a person starts experiencing something in his private parts, he should go and consult a doctor before it’s too late, or the infection has spread. People should use both pills and traditional medicine at the same time," Dr Mabhoza said.

We live in a world where facts and fiction get blurred
In times of uncertainty you need journalism you can trust. For 14 free days, you can have access to a world of in-depth analyses, investigative journalism, top opinions and a range of features. Journalism strengthens democracy. Invest in the future today. Thereafter you will be billed R75 per month. You can cancel anytime and if you cancel within 14 days you won't be billed.
Subscribe to News24
Related Links
Durban prostitute decapitated for traditional medicine
Cape Kingdom Nutraceuticals signs agreement with the San and Khoi
Next on Health24
In-depth: The human cost of surgical delays