Severe burns after taxi fire: 'It's not the end of your life' 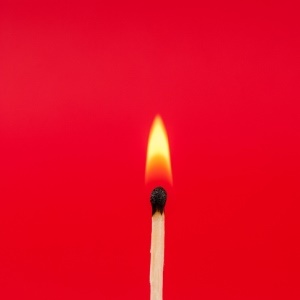 Every year thousands of South Africans sustain burn injuries from fire, steam, boiling water and chemicals. Many victims are left dejected and feel they have no hope of living a normal life.

However, 32-year-old Nombulelo Maqutywa of Qoboqobo close to King William’s Town, says there is life beyond the scars. She was only 18 when she suffered burns in a vehicle fire.

Rejected by some people

“I was in a taxi which broke down. The driver asked the men in the taxi to help push but it burst into flames. We managed to get out through the emergency exit and I was rushed to the hospital.  I suffered burns in my face, hands and feet. I dropped out of school and lost my friends and boyfriend.”

Maqutywa visited Johannesburg and joined a support group for people who had sustained burns. “That helped me regain my confidence. I have never heard of such support groups in the Eastern Cape. I wish I could counsel other people, especially young people, who have sustained burn injuries and make them realise that it is not the end of their life, that they can live a normal life,” she said.

Maqutywa said life was difficult after the incident because she was rejected by some people she considered close friends, but she also found comfort in the love and support she received from her family.

Jason Subramoney of the Department of Public Safety in the O.R Tambo District Municipality urged people to be extra vigilant during winter.

“People should be extra vigilant when using paraffin stoves. Children should not be allowed to operate paraffin stoves and shouldn’t be left unattended near fires,” he said.

“We support burns survivors through a WhatsApp group and if anyone has special needs we communicate privately and offer assistance,” said the organisation’s Colin Lee.

We live in a world where facts and fiction get blurred
In times of uncertainty you need journalism you can trust. For only R75 per month, you have access to a world of in-depth analyses, investigative journalism, top opinions and a range of features. Journalism strengthens democracy. Invest in the future today.
Subscribe to News24
Next on Health24
African children not getting much-needed health checks due to Covid-19