Thousands of mosquito nets to be distributed to fight malaria 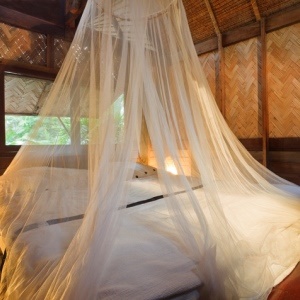 Nets are the best way to prevent mosquito bites.

Hlokomela Organisation will be distributing 70 000 mosquito nets as part of their community outreach #StopMalaria campaign in mid-February.

Hlokomela was given the 70 000 bed nets by South African music legend and malaria ambassador Yvonne Chaka Chaka’s Princess of Africa Foundation last year. The aim is to now hand them out to the farming communities around Hoedspruit and Tzaneen.

The organisation has already dispensed some of the nets to commuters at Bavaria bus stop in Hoedspruit in late December. According to the organisation chairperson, Christine du Preez, they have already allocated over 10 000 nets to farmworkers and surrounding communities.

“I hope and pray that by February 16 we will reach the 50 000 mark. Then Yvonne Chaka Chaka will also come and help out in distributing the nets to various communities,” she said.

Du Preez said that they have a team on the ground that distributes the nets daily, making sure that everyone is safe from the disease.

“The nets are free and distributed to anyone who needs them. We are going to hand them over to the communities at Maruleng Municipality and also we are in contact with Malaria Institute in Tzaneen so that they can also hand them out to people.”

Hlokomela will also be driving an education campaign in communities about malaria in order to equip them with information on malaria prevention and how to identify symptoms. – Health-e News.

We live in a world where facts and fiction get blurred
In times of uncertainty you need journalism you can trust. For only R75 per month, you have access to a world of in-depth analyses, investigative journalism, top opinions and a range of features. Journalism strengthens democracy. Invest in the future today.
Subscribe to News24
Related Links
Prevent malaria
Bed nets better than insecticides for malaria prevention
Nets save 125 000 from malaria
Next on Health24
Nurses have high suicide risk, US study finds