In this screengrab from the presentation at the Stellenbosch University health faculty the physicians are shown at working during the transplant procedure.

This is the second time that this type of procedure was attempted, but the first time in history that a successful long-term result was achieved.

“South Africa remains at the forefront of medical progress,” says Prof Jimmy Volmink, Dean of SU’s Faculty of Medicine and Health Sciences (FMHS). “This procedure is another excellent example of how medical research, technical know-how and patient-centred care can be combined in the quest to relieve human suffering. It shows what can be achieved through effective partnerships between academic institutions and government health services.”

Van der Merwe was assisted by Prof Frank Graewe, head of the Division of Plastic Reconstructive Surgery at SU FMHS, Prof Rafique Moosa, head of the FMHS Department of Medicine, transplant coordinators, anaesthetists, theatre nurses, a psychologist, an ethicist and other support staff.

The patient, whose identity is being protected for ethical reasons, has made a full recovery and has regained all function in the newly transplanted organ.

“Our goal was that he would be fully functional at two years and we are very surprised by his rapid recovery,” says Van der Merwe. The end result of the transplant was the restoration of all the patient’s urinary and reproductive functions.

“It’s a massive breakthrough. We’ve proved that it can be done – we can give someone an organ that is just as good as the one that he had,” says Graewe. “It was a privilege to be part of this first successful penis transplant in the world.”

The team that performed the transplant. Image by Jerusha Raath, News24 Live 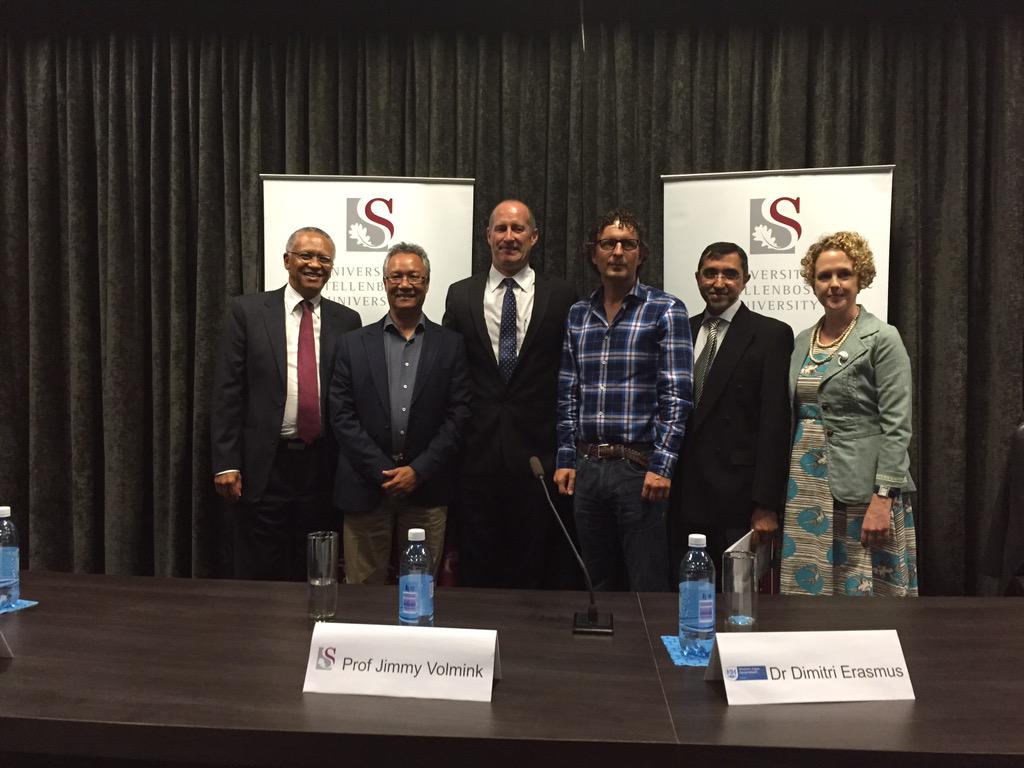 “Western Cape Government Health (WCGH) is very proud to be part of this ground-breaking scientific achievement,” says Dr Beth Engelbrecht, head of the WCGH. “We are proud of the medical team, who also form part of our own staff compliment at Tygerberg Hospital. It is good to know that a young man’s life has been significantly changed with this very complex surgical feat. From experience we know that penile dysfunction and disfigurement has a major adverse psychological effect on people.”

The procedure was part of a pilot study to develop a penile transplant procedure that could be performed in a typical South African hospital theatre setting.

“There is a greater need in South Africa for this type of procedure than elsewhere in the world, as many young men lose their penises every year due to complications from traditional circumcision,” explains Van der Merwe.

Three years ago the 21-year-old recipient’s penis had to be amputated in order to save his life when he developed severe complications after a traditional circumcision. Although there are no formal records on the number of penile amputations per year due to traditional circumcision, one study reported up to 55 cases in the Eastern Cape alone, and experts estimate as many as 250 amputations per year across the country.

“This is a very serious situation. For a young man of 18 or 19 years the loss of his penis can be deeply traumatic. He doesn’t necessarily have the psychological capability to process this. There are even reports of suicide among these young men,” says Van der Merwe.

“The heroes in all of this for me are the donor, and his family. They saved the lives of many people because they donated the heart, lungs, kidneys, liver, skin, corneas, and then the penis,” says Van der Merwe. Finding a donor organ was one of the major challenges of the study.

The planning and preparation for the study started in 2010. After extensive research Van der Merwe and his surgical team decided to employ some parts of the model and techniques developed for the first facial transplant.

“We used the same type of microscopic surgery to connect small blood vessels and nerves, and the psychological evaluation of patients was also similar. The procedure has to be sustainable and has to work in our environment at Tygerberg,” says Van der Merwe.

This procedure could eventually also be extended to men who have lost their penises from penile cancer or as a last-resort treatment for severe erectile dysfunction due to medication side effects. As part of the study, nine more patients will receive penile transplants.

Read: Scientists in the US successfully bioengineer human penises

Dr Owen Wiese explains more about the procedure and its significance

For a successful transplant you need: a donor, good blood supply and effective immunosuppression.  In composite tissue transplants (where blood vessels, nerves, tissue transplanted at same time to replace a whole part of the body) lifelong immunosuppression is of particular importance.Often seen in clinical practise is the detrimental effects of ritual circumcisions. Usually patients presents with sepsis, but in severe cases gamgrene sets in and this leaves the patient without a penis. This transplant will improve the quality of life for the patient

Penis transplants, like face transplants are not life saving, but life changing. This is often where ethical dilemmas comes in.

Prof van der Merwe explained why this was not performed again after 2005/2006 attempt: "In China they attempt to stimulate vitality of the organ with infrared light, whereas we ensured the viability of the penis with good blood supply.

The social effects of this surgery are far reaching as it will give a patient a new lease of life regarding his sexual function, his status as a man and his self-esteem.

We live in a world where facts and fiction get blurred
In times of uncertainty you need journalism you can trust. For 14 free days, you can have access to a world of in-depth analyses, investigative journalism, top opinions and a range of features. Journalism strengthens democracy. Invest in the future today. Thereafter you will be billed R75 per month. You can cancel anytime and if you cancel within 14 days you won't be billed.
Subscribe to News24
Related Links
Double arm transplant recipient thanks doctors
Cleveland Clinic does second face transplant
Australian doctors transplant 'dead' hearts
Next on Health24
The next five years: 3 likely pandemic scenarios, outlined by a panel of 20 experts