What is the lifespan of 4 common organ transplants? The lifespan of a donated organ depends on several factors.

Organ transplants have been prolonging the lives of those with incurable illnesses for decades.

In 2016, 512 solid organs and corneas were transplanted in South Africa, while 4 300 patients are still waiting for organs, according to the Organ Donation Foundation of South Africa (ODF).

Not necessarily a cure

While an organ transplant can transform or lengthen the life of a person who is dying, it’s important to know that survival rates differ for each individual and procedure, says Samantha Nicholls, executive director of the ODF.

Several factors of aftercare, such as diet, lifestyle and medication also play a big role in the outcome of the surgery and the survival of the patient, she says.

The lifespan and survival rate of transplanted organs depend on several factors, including the patient’s aftercare, the possibility of chronic rejection, how effectively the organ was cooled, and how long it took for the organ to reach the recipient.

Most medical experts agree that organ transplants are not necessarily a cure for a disease – it is basically swapping one chronic condition for another, since the patient will have to be on lifelong immunosupressant medication to combat rejection.

We investigated the average lifespan of the most frequently transplanted organs, and for this purpose we focused on patient survival rate, using the median survival rates from several sources.

When a transplant is needed: Heart transplants are required for several reasons, including severe heart failure as a result of congenital heart disease.

According to the ODF, some patients face the possibility of a second transplant in their lifetime, but in general the prognosis is excellent and the general survival rate is as follows: 85% of all donors live for one year, 77% for three years and 70% more than five years. 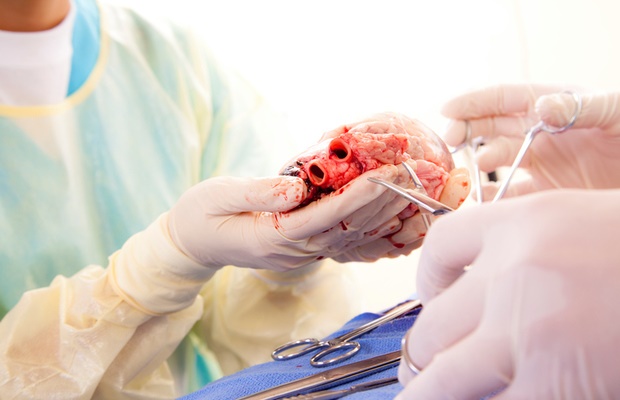 When a transplant is needed: Kidney transplants are usually considered in end-stage kidney failure when dialysis no longer helps.

Prognosis: Dr Nada Alachkar from the John Hopkins Medical Centre states that their prognoses for transplant patients are excellent – a 90% survival rate with a median lifespan of 15 years post-transplant, especially if the kidney is from a live donor.

According to the National Kidney Foundation (NKF) in the UK, the lifespan of a deceased donor kidney is 12 years.

Dr Pieter le Roux, a urologist from Tygerberg Hospital in Cape Town, stated that the results are better with living-donor kidneys because the genetic match is usually better between relatives, and these kidneys do not need to spend any time in storage.

Younger patients may need two or more transplants in their lives and the prognosis of the transplant will depend on several factors such as aftercare, medication to avoid rejection, diet and lifestyle.

When a transplant is needed: A lung transplant is considered in the case of acute lung disease that affects breathing and the overall quality of life.

A lung transplant will be done for any non-cancerous progressive conditions of the lung that result in respiratory failure.

Prognosis: While the prognosis for a lung transplant wasn’t as good as other transplants, the survival rates have improved drastically over the years.

Milpark Hospital in Johannesburg is a multi-disciplinary lung transplant unit with a smaller unit in KwaZulu-Natal. Groote Schuur Hospital in Cape Town also performs funded (medical aid) and unfunded (state) lung transplants. According to them the survival rate is as follows: 67% of all transplant patients survive for one year, 65% for two years and 44% for five years.

Dr PG Williams, a specialist at the Heart and Lung Transplant Unit at Milpark Hospital, says that progress is being made towards higher survival rates.

When a transplant is needed: A liver transplant is considered when diseases such as viral hepatitis, alcoholic liver disease, cirrhosis, and metabolic or genetic liver disorders cause the liver to fail.

Prognosis: According to the ODF, the prognosis for a liver transplant is good, with a survival rate of 80 to 90% for all liver transplants. In a study published in the journal Transplant Proceedings, all patients from the liver transplant unit at the Red Cross Chidlren's Hospital in Cape Town initially survived the procedure since 1987, and 74% of them have survived three months to 12 years post-transplant.

Register as an organ donor at www.odf.org today.