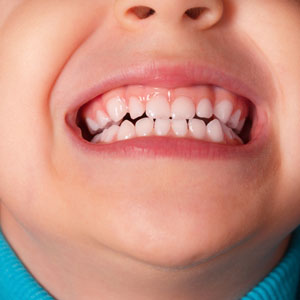 Women's low vitamin D levels during pregnancy are linked to a higher risk of cavities in the teeth of their toddlers, according to a new study done in Canada.

Previous studies have shown that vitamin D deficiency among mothers can lead to defects in the enamel of their toddlers' teeth – which have already begun to develop in the womb – and that these defects can increase the risk of tooth decay.

Dr Robert J. Schroth from University of Manitoba's dental school in Winnipeg and his team wondered whether low vitamin D levels in mothers during pregnancy would also translate into higher cavity rates for their toddlers.

They measured vitamin D levels in the second or early third trimester in 207 pregnant women and then examined the teeth of 135 of their children when they were an average of 16 months old. Mothers-to-be were recruited from a predominantly poor, urban area.

Women's vitamin D levels were mostly in the normal range, but about a third had levels that were too low.

Depending on what definition of cavities the researchers used, 23 to 36% of the toddlers had cavities.

In fact, there was a direct relationship between low vitamin D levels in mothers and higher numbers of cavities in their toddlers.

Besides low vitamin D levels in mothers, defects in the tooth enamel were also associated with cavities in kids.

The researchers believe that improving nutrition during tooth formation and in early childhood could reduce the risk of cavities. They say, "Prevention efforts should begin during pregnancy by bolstering maternal nutrition, either through improved dietary intake or supplementation with vitamin D."

Whether taking vitamin D is the answer remains controversial, though.

William B. Grant from the Sunlight, Nutrition and Health Research Centre in San Francisco, California is a long-time supporter of vitamin D supplementation.

"All pregnant and nursing women need to take 4000-5000 (International Units per day) vitamin D3. There are many benefits for pregnancy outcomes including reduced risk of gestational diabetes, respiratory and other infections, premature delivery, pre-eclampsia, adverse effects on the foetus such as birth defects including very possibly autism," he told Reuters Health in an email.

Grant has been funded by The Vitamin D Society and the Vitamin D Council to study the benefits of the vitamin, according to his organization's Website.

But Dr Philippe P. Hujoel from the University of Washington School of Dentistry in Seattle disagrees that all pregnant women need vitamin D supplements.

"In place of supplementation, I would recommend maintaining proper vitamin D levels during pregnancy the natural way – enjoy the sun, choose foods such as wild salmon, Ahi tuna, mushrooms and eggs. Additionally, reducing carbohydrate intake will reduce the body's need for vitamin D," he told Reuters Health in an email.

"Avoid sugar. It is a necessary fuel for dental cavities and it burns up vitamin D," Hujoel added.

Lead author Schroth did not respond to a request for comments.

We live in a world where facts and fiction get blurred
In times of uncertainty you need journalism you can trust. For 14 free days, you can have access to a world of in-depth analyses, investigative journalism, top opinions and a range of features. Journalism strengthens democracy. Invest in the future today. Thereafter you will be billed R75 per month. You can cancel anytime and if you cancel within 14 days you won't be billed.
Subscribe to News24
Related Links
Cavities linked to lower risk for cancer
Brush up for good health
Dental caries
Next on Health24
Microplastics seeping out of baby's bottle, study shows