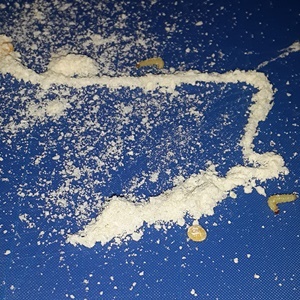 An unhappy mom and dissatisfied customer was outraged after making a shocking discovery when preparing breakfast for her daughter.

"I found worms in my baby's cereal," said the worried mother. "We noticed the maggots whilst preparing her breakfast."

She explained to Health24 that the cereal was opened on Saturday April 25. "My daughter ate it that morning," she said.

"On the Monday, when my other nanny worked she told me she tried to feed my daughter, but she refused to open her mouth."

However, the worms were only noticed on Monday May 11.

After lodging a complaint with Nestlé, the product was collected and sent off for analysis.

"Two live worms were observed in the complaint sample and there after sent to Rentokil for further identification and analysis which would point us to a potential source of the worms," the report stated.

"After thorough analysis by Rentokil, the worms were identified as moth larvae."

It added that the retention sample was sieved with 2mm sieve and was found to be a standard product. "We can assure you that safety and quality of our products are non-negotiable priorities for Nestlé South Africa."

The company said it immediately started an investigation into the matter after it was reported.

"We tested the retention sample from the batch of Cerelac concerned, which found no trace of infestation and shows that the product meets all our quality standards."

'Not under our watch'

"This product batch was manufactured 180 days ago and the life cycle of the insect in question indicates that it could not have been present at the time of packing."

It added that no packaging defects were detected in any of the retention products or the product collected from the consumer and no similar complaints were reported.

Nestlé noted that their factories are certified and audited for quality standards by external bodies.

"We have strict food quality and safety controls at all of our factories. In addition to quality checks at the different stages of our manufacturing process and checks of storage conditions, we have in place integrated pest management programmes at each factory."

Moths and the health risks

"There are no real dangers of eating moths or moth larvae," she said.

"The intestinal tract and especially stomach is a very hostile environment and will most likely kill the moth or larvae instantly."

Dr Gerhard Verdoorn, director at the Griffon Poison Information Centre, told Health24 that one of the most common questions he is asked by the public relates to finding moths in food items.

"It is not uncommon to find them in kitchen cupboards and I get many calls from the public to complain about these little moths or larvae very often."

"These little things come along and when they find a food source like any of the grain cereals, cake or bread flour or even stale bread, they go in there and lay their eggs, and the little larvae develop," said Verdoorn.

He also pointed out that ingesting moths has not been found to cause any health risks.

"It is just an unsavoury situation because people don't like to think of having any insects in their food, but I don't see any health risks at all for this.

"In fact in poor countries they eat it along with the food," he claimed.

Verdoorn offered some advice on how to deal with this problem.

"Pack out all the food in the cupboards and look in the containers for any indication of moths, beetles or larvae.

"If anything is found then toss it out to the birds so that you don't waste the food."

How to get rid of the bugs

Thereafter the cupboards should be cleaned properly.

"There are quite a few health-friendly insecticides that can be applied in the cupboard."

He said the entire cupboard doesn't need to be sprayed, adding that a paste can be applied instead.

"You can make up a mixture and paint some in the corners of the cupboards and that will kill them off and keep them away," said Verdoorn.

We live in a world where facts and fiction get blurred
In times of uncertainty you need journalism you can trust. For only R75 per month, you have access to a world of in-depth analyses, investigative journalism, top opinions and a range of features. Journalism strengthens democracy. Invest in the future today.
Subscribe to News24
Related Links
No poison in Maggi Two Minute Noodles in South Africa
Chicken is 100% safe to eat, says KFC
How Parmalat's PureJoy apple juice was contaminated
Next on Health24
Microplastics seeping out of baby's bottle, study shows