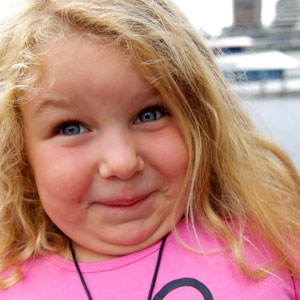 Preschool children who regularly have sugary drinks tend to pack on more pounds than other youngsters, a large study of US children suggests.

Researchers found that among the 2 to 5-year-olds they followed, those who routinely had sugar-sweetened drinks at age 5 were 43% more likely to be obese than their peers who rarely had those drinks.

In addition, 2-year-olds who downed at least one sugary drink a day gained more weight over the next few years than their peers.

The results, reported online on 5 August and in the September print issue of the journal Pediatrics, add to evidence tying sugar-laden drinks to excess pounds in older kids. And although the study cannot prove it's the beverages causing the added weight, experts said parents should opt for water and milk to quench preschoolers' thirst.

"We can't say for sure that cutting out sugar-sweetened beverages would prevent excess weight gain," said lead researcher Dr Mark DeBoer, a paediatric endocrinologist at the University of Virginia in Charlottesville.

Water, on the hand, is a sugar-free way for kids to hydrate. "And milk," DeBoer said, "has vitamin D, protein and calcium." Plus, he added, the protein and fat in milk make young children feel full, so they may eat less than they do when their diets are filled with sugary but less satisfying drinks.

"[But] sugar-sweetened beverages stand out as one of the main contributors to obesity," she said.

They're tasty, cheap and well-advertised, said Patel, who co-wrote an editorial on the study with Lorrene Ritchie, a registered dietitian at the University of California, Berkeley.

Patel said that, based on federal government research, US kids would slash 235 daily calories from their diets if they swapped sugary drinks or 100% fruit juice for water.

"That is about the equivalent of walking for an hour," Patel said.

The current findings are based on 9 600 kids taking part in a government-sponsored study. DeBoer's team looked at the relationship between kids' sugary drink intake as reported by their moms and their weight changes.

Overall, about 15% of the children were overweight at any age, and a similar number were obese. At age 5, children who downed at least one sugary drink per day were 43% more likely to be obese than those who rarely had sweetened drinks.

That was with certain other factors, such as family income and TV viewing, taken into account.

Still, DeBoer said, his team could not account for all the influences on kids' weight. The study lacked information on the children's overall diet, which was a "huge" missing piece, he said.

"All we're able to do is say there's an association between [sugary drinks] and children's weight," DeBoer said.

That said, there is a "strong evidence base" tying sugar-laden beverages to obesity in children and adults, Patel said. And the majority of US school districts now have policies restricting sweet drinks, she said in the editorial.

These latest findings, Patel said, suggest the same moves need to be made in child-care centres. A few states, such as California, have passed laws to that effect, but most have not.

For parents, DeBoer and Patel both advised turning to healthier drink choices but don't forget the rest of your child's diet. Look out for added sugars in food too, DeBoer said.

Patel also suggested opting for whole fruit over fruit juice, since fruit is a good source of fibre.

The U.S. Centers for Disease Control and Prevention has more on healthy drinks for kids.

We live in a world where facts and fiction get blurred
In times of uncertainty you need journalism you can trust. For only R75 per month, you have access to a world of in-depth analyses, investigative journalism, top opinions and a range of features. Journalism strengthens democracy. Invest in the future today.
Subscribe to News24
Related Links
Young men biggest consumers of sugar
Junk food bans help schoolkids avoid unhealthy snacks
Sugary drinks tied to kidney stone risk
Next on Health24
Microplastics seeping out of baby's bottle, study shows