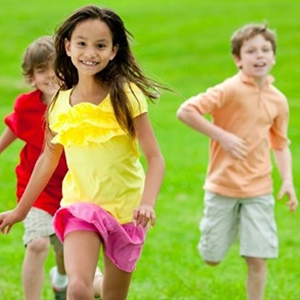 Spending a lot of time outdoors boosts children's spiritual connection with the Earth and the sense that they need to protect it, researchers report.

The small new study included 10 children, aged 7 and 8. According to the authors, a strong attachment to nature was seen in those who spent five to 10 hours a week outside.

"These values are incredibly important to human development and well-being," researcher Gretel Van Wieren, an assistant professor of religious studies at Michigan State University, said in a university news release.

"We were surprised by the results. Before we did the study, we asked, 'Is it just a myth that children have this deep connection with nature?' But we found it to be true in pretty profound ways," she added.

Read: 5 great tips for the outdoors

Children who spent a lot of time outdoors expressed feelings of peacefulness, happiness and a sense of belonging in the world, the investigators reported in a recent issue of the Journal of the Study of Religion, Nature and Culture.

Parents of children who had the strongest spiritual connection with nature spent large amounts of time outdoors when they were children, and many said they believe those experiences helped shape their adult lives and spirituality.

Being outdoors offers children a wealth of sights, sounds, smells and colors, said Van Wieren, who added that increasing use of technology by children could lead to trouble.

"Modern life has created a distance between humans and nature that now we're realizing isn't good in a whole host of ways," she said in the news release. "So it's a scary question: How will this affect our children and how are we going to respond?"

Why should parents let their kids play outdoors?
Sunburn now, cancer later
We live in a world where facts and fiction get blurred
In times of uncertainty you need journalism you can trust. For only R75 per month, you have access to a world of in-depth analyses, investigative journalism, top opinions and a range of features. Journalism strengthens democracy. Invest in the future today.
Subscribe to News24
Next on Health24
Microplastics seeping out of baby's bottle, study shows