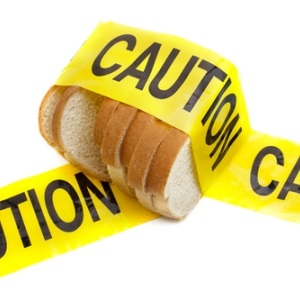 Coeliac disease may be at the root of some women's problems with infertility, Indian researchers say.

While there are many more common causes of infertility, the study suggests that women who don't have a ready explanation for their failure to conceive should be screened for coeliac disease, said Dr. Govind Makharia, a professor at All India institute of Medical Sciences in New Delhi.

"There isn't strong evidence to say that coeliac disease causes infertility, but there are many anecdotal experiences where women with infertility have conceived after being diagnosed with coeliac disease and put on a gluten free diet," Makharia told Reuters Health in an e-mail

About one in 100 people have coeliac disease. If they consume wheat, barley or rye, or foods that contain those grains, their immune response leads to intestinal damage, malnutrition and other problems.

Generally, women are considered infertile after one year of unsuccessfully trying to conceive, or six months if they are older than 35. The most common causes are hormonal problems that stop the ovaries from producing or releasing mature eggs. Being extremely underweight or overweight can impact fertility, as can excessive exercise, smoking, and drinking.

For women with no known cause for their infertility, the connection was even stronger. These women were six times more likely to have coeliac disease, based on data from five studies including 422 women with unexplained infertility.

"Coeliac disease has been claimed to be the most common cause of unexplained infertility and these results support that conclusion," said Dr. Alessio Fasano, director of the Centre for Coeliac Research at Massachusetts General Hospital in Boston.

Coeliac disease is not always recognized right away in women with fertility issues because ob-gyns will typically send them to see an endocrinologist, to explore hormonal causes, before they consider rarer conditions such as coeliac disease, said Fasano, who wasn't involved in the study.

The study findings suggest that ob-gyns should consider a blood test to rule out coeliac disease before sending a woman to other specialists, he said.

"If I was an ob-gyn, I would do the screening for coeliac right there in my office before I sent the woman anywhere else," Fasano said.

A handful of published studies

Typically though, doctors start looking for the cause of infertility by asking women to record what's known as their basal body temperature, a reading taken immediately after waking up each morning, for two to three months to see which days the temperature spikes to indicate ovulation. This will show whether the woman has a normal menstrual cycle, and whether she's ovulating at the same time each month, potentially helping her to plan intercourse during the point in the cycle when she's most likely to conceive.

There may also be urine and blood tests to screen for a variety of hormones involved in ovulation, as well as imaging tests to see if there are problems with the Fallopian tubes or the uterus.

While the new analysis, published in the Journal of Clinical Gastroenterology, establishes a link between coeliac disease and infertility, it doesn't prove that coeliac disease causes infertility, a task that has eluded scientists for decades. The researchers also said that the validity of their analysis is limited because it's based on just a handful of published studies with a small number of women.

"The issue of coeliac disease as a cause of infertility has remained a debatable issue," Makharia said. "The pooling of data from all the eligible studies in this meta-analysis now brings forth reasonable evidence to support screening."

We live in a world where facts and fiction get blurred
In times of uncertainty you need journalism you can trust. For 14 free days, you can have access to a world of in-depth analyses, investigative journalism, top opinions and a range of features. Journalism strengthens democracy. Invest in the future today. Thereafter you will be billed R75 per month. You can cancel anytime and if you cancel within 14 days you won't be billed.
Subscribe to News24
Next on Health24
The healthy sperm diet