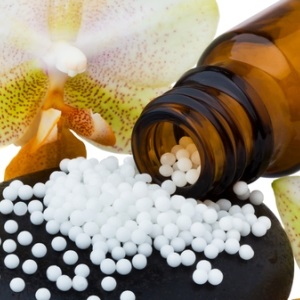 The National Health and Medical Research Council (NHMRC) of Australia released a report last week concluding that there is no good quality evidence to support the claim that homeopathy is effective in treating health conditions. The report follows an extensive two-year review of available research on the efficacy of homeopathy.

The Australian government, at the same time, released a media statement advising Australian citizens that “homeopathy should not be used to treat conditions that are chronic, serious, or could become serious”.

Conclusion based on extensive research

The NHMRC based their conclusions on the findings of the council’s Homeopathic Working Committee, having assessed more than 1 800 research papers published on the efficacy of homeopathy for treating various conditions. This included 57 systemic reviews – studies considered to be the benchmark of quality research because they include all research addressing a specific clinical question.

The NHMRC found that most of the studies claiming that homeopathy is beneficial were of a poor quality and design, with small participant numbers. The council found that it is not possible to make reliable conclusions from these studies, and that homeopathic treatments should therefore not be considered as acceptable.

Prof Warwick Anderson, CEO of the NHMRC, said, “People who choose homeopathy may put their health at risk if they reject or delay treatments for which there is good evidence for safety and effectiveness.”

Prof Anderson noted that it is important that the public have access to independent, high quality advice when it comes to making decisions about their health care. The media release states that the NHMRC spent more than $320 million on clinical and health services research in 2014.

Speaking to the Guardian newspaper, Professor Paul Glasziou, chair of the NHMRC Homeopathy Working Committee, said he hoped the findings in the reports would force pharmacists to rethink stocking homeopathic medicines.  He also said, “There will be people who won’t make much of the report and call it a ‘conspiracy of the establishment’.”

According to the World Health Organisation (WHO), homeopathy is now the second largest system of medicine in the world and has an annual growth of around 20 to 25%. Estimations shows that by the year 2017, the world homeopathy market would be equivalent to the size of the entire current alternative health care market.

However, up until now, the World Health Organisation (WHO) has had a neutral stance on homeopathy as a treatment modality.

During the 2008 WHO congress on Traditional Medicine, held in China, the WHO adopted the "Beijing Declaration".  This declaration states that it “promotes the safe and effective use of traditional medicine, and calling WHO Member States and other stakeholders to take steps to integrate traditional/complementary alternative medicines into national health systems”.

However, in a 2009 report, Safety Issues in the Preparation of Homeopathic Medicines, the WHO noted that “the safety and the quality of homeopathic medicines has become a major concern for health authorities, pharmaceutical industries and consumers. The safety of the homeopathic medicines largely depends on their quality.”  The report further notes, “Dilution (of the preparations) is so high that it is almost impossible to find one molecule of the original raw material.”

Dr Neil Gower, national secretary of the Homeopathic Association of South Africa (HSA), disagrees: “Homoeopathic preparations are a broad therapeutic range of products that may have a variety of final presentations. Not all homeopathic preparations are highly dilute and in fact many consist of low dilution products which may have a direct physiological effect on an individual.”

Gower responded to the report: “The HSA continues to welcome any review of the efficacy of homeopathic therapies where statements emanating out of such research may be regarded as being rational and fair relevant to the research conducted.”

Gower concluded that “the HSA therefore acknowledges the primary outcome of the report identifying an apparent lack of high quality evidence and welcomes the associated need for higher quality research to be conducted with due regard for the innate philosophies, approaches and wide variety of the therapy and subsequent design considerations. When considering this outcome, the potential flaws of the research, alleged associated bias and the limited scope of its review we cannot support the tagline that ‘homoeopathy is not effective for any condition’ as is being further reported in the media and the positive experiences by patients attending registered homoeopathic practitioners for 200 years cannot be discounted.”

Homeopathic remedies use materials derived from flora, fauna and minerals, which are prepared by repeatedly diluting the substances. Part of the dilution involves a special method of shaking called “succussion” and medicines which have been prepared this way are called “potentised” medicines.

While the amount of actual substance decreases with each dilution, to the point where the substance can no longer be chemically detected, the curative power of the remedy increases. The substance, while no longer present in a molecular state, has imprinted its “energy pattern” on the remedy.

Have you tried homeopathic medicine? Share your experiences with us by emailing us at community@health24.com or in the comments below.

Homeopathy – a gift or con?

What are complementary therapies?