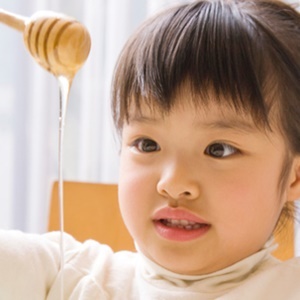 When swallowed, button batteries can cause corrosive injury to the gastrointestinal tract.

Children who accidentally swallow button batteries (e.g. watch batteries) should immediately be given honey to reduce their risk of serious injury and death, according to a new study done with pigs.

"Button batteries are ingested by children more than 2 500 times a year in the United States, with more than a 12-fold increase in fatal outcomes in the last decade compared to the prior decade," study co-principal investigator Dr Ian Jacobs, a paediatric otolaryngologist and director of the hospital's Center for Pediatric Airway Disorders, said in a Children's Hospital of Philadelphia news release.

In South Africa, the tragic death of two-year-old Alice Swanepoel in October 2014, brought attention to the fatal effects of swallowed batteries. Alice had been playing when she suddenly started throwing up. Once her parents saw blood, they immediately rushed her to the hospital, where she tragically passed away.

Shortly after Alice's death, 16-month-old Caylee Garland was rushed to hospital when her parents found her in the living room vomiting incessantly. An X-ray taken the following morning revealed that a button battery was stuck in the toddler's throat.

The damage caused by the battery has resulted in damage to the left side of Caylee's brain. A neuro-therapist has been working with Caylee to reverse the effects of the brain damage on her central nervous system.

Unfortunately, few children survive the effects of an ingested battery, and those who do have an uphill battle living a normal life.

"Since serious damage can occur within two hours of ingesting a battery, the interval between ingestion and removal is a critical time to act in order to reduce oesophageal injury," he noted.

When a swallowed button battery reacts with saliva and tissue of the oesophagus, it creates a solution that dissolves tissue and can cause severe damage to the oesophagus, airway, vocal cords and major blood vessels, the researchers explained.

The longer it takes for the battery to be removed, the higher the risk of serious injury. The researchers used live pigs to test if a variety of liquids, including honey, juices, sodas and sports drinks, could provide a protective barrier between a swallowed battery and tissue. They found that honey and a medication called sucralfate were the most effective.

The study was published online in the journal The Laryngoscope, and the findings are being incorporated into the latest National Capital Poison Center Guidelines for management of patients who've swallowed button batteries. "Our recommendation would be for parents and caregivers to give honey at regular intervals before a child is able to reach a hospital, while clinicians in a hospital setting can use sucralfate before removing the battery," Jacobs said. But the researchers said these substances should not be used in children who may have sepsis or perforation of the oesophagus, severe allergy to honey or sucralfate, or in children younger than 1 year old due to a small risk of botulism.

"While future studies could help establish the ideal volume and frequency for each treatment, we believe that these findings serve as a reasonable benchmark for clinical recommendations," Jacobs said. "Safely ingesting any amount of these liquids prior to battery removal is better than doing nothing."

The study's other principal investigator, Dr Kris Jatana, a paediatric otolaryngologist at Nationwide Children's Hospital in Columbus, Ohio, said the shiny metallic batteries should be stored where toddlers can't get to them.

"Parents and caregivers should check all electronic products in the home and make certain that the battery is enclosed in a compartment that requires a tool to open and periodically check to ensure it stays secure over time," Jatana said in the news release.

We live in a world where facts and fiction get blurred
In times of uncertainty you need journalism you can trust. For 14 free days, you can have access to a world of in-depth analyses, investigative journalism, top opinions and a range of features. Journalism strengthens democracy. Invest in the future today. Thereafter you will be billed R75 per month. You can cancel anytime and if you cancel within 14 days you won't be billed.
Subscribe to News24
Related Links
'Button' batteries a serious danger to children
Non-toxic batteries
More batteries to blame for kids' ER visits
Next on Health24
There's no safe amount of caffeine in pregnancy, researchers say, after analysing various studies