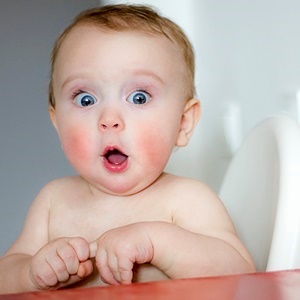 Children of women who take heartburn medicine during pregnancy are a third more likely to develop asthma, according to a new study.

However, it remains unclear whether the medication itself, or some other factor, is responsible for that increased risk, researchers reported in the Journal of Allergy and Clinical Immunology.

"This association does not prove that the medicines caused asthma in these children," said Aziz Sheikh, co-director of the Asthma UK Centre for Applied Research at the University of Edinburgh and co-author of the study.

"Further research is needed to better understand this link."

Heartburn – discomfort caused by acid passing from the stomach up into the oesophagus -- occurs frequently during pregnancy due to hormonal changes and pressure on the stomach from the expanding womb.

Certain drugs can block this acid reflux, and have long been thought not to affect the development of the baby.

Previous research had inconclusively pointed to an increased risk of allergies in offspring due to an impact on the immune system.

They found that children born of mothers taking antacids were at least a third more likely to have visited a doctor for asthma symptoms.

Asthma is a chronic lung disease that inflames and narrows the airways. It frequently starts in childhood.

Symptoms include wheezing, shortness of breath and coughing.

More that 330 million people worldwide suffer from asthma, with an especially high incidence in low- and middle-income countries, according to The Global Asthma Report 2014.

Experts commenting on the study did not challenge the link between the heartburn drugs and asthma in kids, but cautioned against jumping to conclusions.

"It may be that the heartburn in itself may be the most important association rather than the drugs used to treat it," said Jean Golding, an emeritus professor of paediatric epidemiology at the University of Bristol.

Obesity in the expecting mother could also play a key role, said Seif Shaheen, a respiratory epidemiologist at Queen Mary University of London, noting that few of the studies took this factor into account.

What is an asthma exacerbation?

How is asthma treated?

We live in a world where facts and fiction get blurred
In times of uncertainty you need journalism you can trust. For 14 free days, you can have access to a world of in-depth analyses, investigative journalism, top opinions and a range of features. Journalism strengthens democracy. Invest in the future today. Thereafter you will be billed R75 per month. You can cancel anytime and if you cancel within 14 days you won't be billed.
Subscribe to News24
Related Links
Underprivileged asthmatics face tough challenges
Exercises you can safely do if you have asthma
Insomnia has negative effect on asthma
Next on Health24
‘Morning sickness’ in pregnancy needs a new name, researchers argue