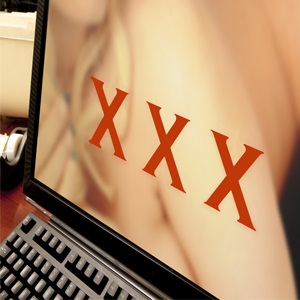 "This is one of the first studies to examine the link between perceptions of addiction to online pornography and religious beliefs," said Joshua Grubbs, a doctoral student in psychology and lead author of the study.

The research, "Transgression as Addiction: Religiosity and Moral Disapproval as Predictors of Perceived Addiction to Pornography", will be published in the journal Archives of Sexual Behaviour.

"We were surprised that the amount of viewing did not impact the perception of addiction, but strong moral beliefs did," Grubbs said.

The study is part of a project funded by the John Templeton Foundation to study spiritual struggles and stress.

Project directors and psychologists Julie Exline, from Case Western Reserve University, and Kenneth Pargament, from Bowling Green State University, contributed to the study, as did Joshua Hook, from the University of North Texas, and Robert Carlisle, from Mesa (Arizona) Public Schools.

Grubbs, who attended a conservative university as an undergraduate, became interested in the topic after observing fellow students in distress because they thought something was terribly wrong with them after watching online pornography.

Grubbs also discovered that half of the more than 1 200 books about pornography addiction on Amazon.com were listed in the religious and spirituality sections. And many of the books were personal testimonials about the struggles with this addiction, he said.

To find out why people have self-perceptions of addiction, Grubbs conducted three studies in which he surveyed people about their strength of faith, religious practices and online viewing habits. Respondents also completed a survey to measure their perception of addiction.

Across the three studies, Grubbs said, more than half of the participants reported being Christian or Catholic, heterosexual and Caucasian. About a third reported no religious affiliation.

The respondents acknowledged viewing online pornography at least once in the past six months, Grubbs said. But the findings revealed no connection between hours viewed and how religious a person was.

The number of hours spent viewing were similar for each study: about 25% viewed pornography one to three times in six months; 13%, four to six times; about 8%, seven to nine times; and the remaining participants about 10 or more times.

The information may help therapists understand that the perception of addiction is more about religious beliefs than actual viewing, researchers concluded.

"We can help the individual understand what is driving this perception," Grubbs said, "and help individuals better enjoy their faith."