Are sex robots healthy for humans? 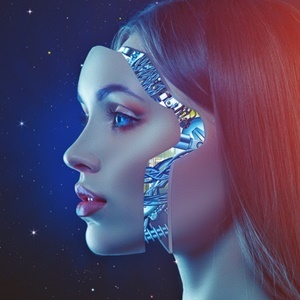 Using sex robots may have some health benefits.

Completely artificial and programmed by computer chips, the reasonably lifelike sex robot is marketed by sex doll maker Realbotix for $15,000 (R191 370). According to manufacturer, Realbotix, "She's equipped for intimate relations but is also 'the perfect companion'."

What your purchase includes

Harmony is at the leading edge of sex robot technology spawned by the $30 billion sex tech industry. "Sexbots" are designed for those who yearn for an opportunity to simulate a sex act in the company of an exceedingly realistic-looking mannequin.

What the research shows

Are sex robots simply high-end sex toys? Or might they serve a grander therapeutic purpose, helping to channel or curb bad behaviours – rape or paedophilia, for example – that might otherwise be inflicted upon real people?

A pair of British researchers decided to try and answer these questions.

"We found a number of health claims were being made, which we analysed," explained study co-author Chantal Cox-George. She's an academic foundation doctor at St. George's University Hospitals, in London. "That sexbots might help safe sex, be therapeutic for people with sex or companionship problems, and might reduce sexual abuse of children."

But in the end, "we were unable to find any empirical evidence in the medical literature to support or refute any of these," she said.

Along with her co-author Susan Bewley, of the Women's Health Academic Centre, Cox-George figured there must be some scientific literature exploring the clinical pros and cons of sexbots.

After all, as of 2018, four companies are already marketing adult "sexbots", with one company even offering consumers a child-like iteration, known as a "pedobot".

Four main claims to "health" have been put forward to support sexbot use:

But a systemic search through appropriate research databases turned up no proof for these claims, the British duo reported in BMJ Sexual & Reproductive Health.

Arguments against the use of sexbots

Kathleen Richardson is an ethics professor at De Montfort University in Leicester, England. She told the Washington Post that sex robots represent an intrusion of machines in human relationships. She also believes the devices' perfection and compliance might numb men to relationships with real women. "It offends me that they think a human woman is like a machine," Richardson said.

So Bewley and Cox-George tried to investigate the evidence for these "anti-sexbot" theories that:

But there was simply too little evidence available to support or deny these claims, the researchers found.

Their take-home message: "Based on the lack of evidence, which is at the heart of medical professionalism, we advise that sexbots shouldn't be used in medical practice, at least not unless that forms part of robust and ethical research."

Noel Sharkey is professor emeritus of artificial intelligence and robotics at the University of Sheffield, and co-founder of the Foundation for Responsible Robotics. He told the Post that Bewley and Cox-George's research was extremely rigorous and "and actually delved into hundreds and hundreds of journals".

Douglas Hines, chief executive of sex robot maker TrueCompanion, said that "Roxxxy, our sex robot, provides what every adult needs – unconditional love and support. The ability to feel the loving embrace of a lover is a right every adult should be granted. We provide a solution to help adults meet their social as well as sexual needs."

We live in a world where facts and fiction get blurred
In times of uncertainty you need journalism you can trust. For 14 free days, you can have access to a world of in-depth analyses, investigative journalism, top opinions and a range of features. Journalism strengthens democracy. Invest in the future today. Thereafter you will be billed R75 per month. You can cancel anytime and if you cancel within 14 days you won't be billed.
Subscribe to News24
Related Links
Realistic sex dolls will soon be able to talk!
Sex dolls replacing humans?
Have astronauts ever had sex in space?
Next on Health24
Drug-resistant gonorrhoea is a growing threat: A South African case study