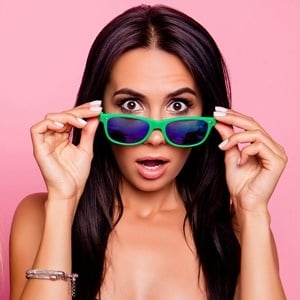 You just had sex with someone new.

But now something feels off. Maybe you were changing out of your work clothes and caught a whiff of something… different down there. And you thought you knew yourself pretty intimately and all of your bodily scents!

First, don’t panic: An unfamiliar smell coming from your vagina might be nerve-wracking, but there are a whole bunch of possible reasons behind a change in odour that are no big deal. Here’s everything you need to know.

It’s actually pretty normal for your vagina smell to get thrown off from time to time.

With or without a new sexual partner, that is. As you probably know, your vagina naturally has a certain smell. It always does — you just probably don’t notice it most of the time because you’re used to it. That smell is based on the specific pH of your vaginal discharge, says Dr Nicole Bullock, an ob-gyn in Texas. (Remember back to science class for a second: pH is a scale of acidity.)

If something comes in and throws your vagina’s pH off, it’s going to change the smell of your discharge, Dr Bullock says. Don’t stress, though, because the change is often totally benign.

All sorts of factors can affect vaginal pH, so you may not be able to pinpoint the exact cause. “The smell can change based on where you are in your menstrual cycle, if you’re on hormonal birth control, if you’re going through menopause, if you’ve eaten certain foods like garlic or asparagus, how much you’ve been drinking, and on and on,” Dr Bullock says.

READ MORE: 9 Habits Every Woman Should Adopt For A Healthy Vagina

The same goes for when you’re sexually involved with someone new.

This is especially the case if you’re not using barrier methods of protection. “With a new partner, you have a different chemical mix,” she says. That’s especially true if your partner has a penis, as vaginal fluid tends to be on the acidic side of the pH scale, and semen tends to be on the alkaline side. So, when you get a new person’s semen all up in your vagina, it can temporarily change how you smell down there. “It’s not good or bad, it’s just different,” Dr Bullock notes.

While it’s less likely, your vagina may also smell differently if your new sex partner also has a vagina. No two vaginas are the same, so if you end up getting your partner’s vaginal fluid inside your vagina, it could temporarily change the pH, according to Dr Bullock. This can happen if your partner was touching their vagina and then inserts their fingers inside of yours, or if you used a toy on your partner and then didn’t wash it before using it on yourself (but, in the future, PLEASE wash it).

READ MORE: 5 Causes Of Abnormal Vaginal Odour Every Woman Should Know About

In some cases, a change in vaginal odour after sex with a new person can be a sign of a bigger issue.

A change in smell might mean you’ve contracted an STI from a partner. Not all sexually transmitted infections cause a distinct odour, but one does. Trichomoniasis is a common STI caused by a parasite that typically passes from a penis to a vagina, or vice versa, during sex. It happens less often, but the parasite can also pass from a vagina to another vagina, according to the Centers for Disease Control and Prevention (CDC).

About 70 percent of people who have trichomoniasis don’t feel any symptoms, the CDC says. But those who do have symptoms may notice itchy, red, and burning genitals, pain when they pee, and vaginal discharge that looks and smells strange; discharge may be thinner than usual, yellow or green-ish, and have a strong odour. Without treatment, trichomoniasis can last for months or years, according to the CDC, and you risk spreading the parasite to other sexual partners.

But treatment is easy: If you’ve noticed that your vagina smells funny, is itchy, and your discharge looks strange, get yourself to your doctor. They’ll do a lab test to make sure you really do have the STI and then prescribe you medication (either metronidazole or tinidazole) if you do. Wait seven to 10 days before you have sex again, and make sure your partner knows that you had the STI so they can get treated.

The change in smell could also be related to a bacterial infection.

Your vagina (and the rest of your body) is full of bacteria — most of it is “good” bacteria that helps our bodies function. “Good bacteria, we want,” Dr Bullock notes. “We don’t want bad bacteria or yeast to grow.” Typically, the good bacteria in your vagina keep the bad bacteria in check. But that can change if you do something to throw them off their game, like using a vaginal douche or wearing a pad for too long, she says.

And suddenly changing up your sexual routine with a new partner, or just having more sex, can disrupt your vaginal bacteria, Dr Bullock says. “Sometimes people are single for a year and then they start a new relationship and now they’re having sex every day,” she explains. Sex every day is awesome, of course, but that might mean your vagina is suddenly enveloped in latex and lube and bodily fluids way more frequently than it was before. All of this can cause what’s known as bacterial vaginosis (BV).

If your vagina smells distinctly fishy, BV is a pretty good guess. The infection is caused by an overgrowth of bad bacteria in the vagina. But it isn’t necessarily an STI because it’s not clear whether it’s passed through sex, according to the New York State Department of Health. Trichomoniasis and BV also share symptoms like itching, burning, painful urination, and thin vaginal discharge.

BV is treatable and not dangerous, but you should see your doctor to get properly diagnosed and prescribed the appropriate meds to help kick it (and reduce the change of a recurrence).

A new-partner smell should go away in a few hours. If not, see your doctor.

If the smell is due to a new partner’s semen or other fluids mixing with your vaginal fluid, then it’ll probably go away within a couple hours, Dr Bullock says. And you can expect a similar timeline with triggers like food and alcohol.

“The vagina is a pretty self-sufficient environment,” Dr Bullock says. Translation: The less you mess with it, the better. So don’t actively try to get rid of the smell with a douche or by washing your vagina with soap (that could just make things worse).

In the case of an STI or bacterial vaginosis, the smell is probably going to linger until you get it properly treated. That means you’ll want to hit up your gynaecologist any time a new smell is just one of your symptoms. If your vagina is itching, burning, or red on top of having an odd odour, make an appointment with your doctor.

We live in a world where facts and fiction get blurred
In times of uncertainty you need journalism you can trust. For only R75 per month, you have access to a world of in-depth analyses, investigative journalism, top opinions and a range of features. Journalism strengthens democracy. Invest in the future today.
Subscribe to News24
Related Links
Can your vagina be too tight for sex?
What every type of vaginal odour means for your health – and how to get rid of it asap
Whoa, you really can have an orgasm during childbirth
Next on Health24
Drug-resistant gonorrhoea is a growing threat: A South African case study