When a woman's body gets ready for sex, the vaginal glands secrete a fluid that acts as a lubricant. This is a necessary process that protects her delicate private parts, and also readies her vagina for penetration, making it easier for her partner to insert his penis.

Lack of sufficient lubrication is a problem for many women, especially those who experience arousal problems, women on certain medications or those going through the menopause as it can make intercourse quite painful (for both man and woman) and cause tearing, inflammation and irritation while destroying the natural bacteria.

Read: What you need to know about vaginal lubrication

Curiously, some women (primarily from more traditional societies) are going against their bodies' natural instincts and are resorting to extreme measures to prevent lubrication and keep their vaginas bone dry and, thereby, 'tighter' and 'warmer'.

According to the US-based Guttmacher Institute that researches sexual and reproductive health across the globe "vaginal drying" appears to be most common among African (South Africa, Senegal, DRC, Cameroon, Malawi, Zambia, Kenya and Zimbabwe) and Indonesian women, although it also occurs in Haiti, Costa Rica and Saudi Arabia.

Despite the pain that accompanies dry sex, men and women from these communities believe that a dry vagina adds friction and tightness during intercourse, making it more enjoyable - for men.

In a report for the Guttmacher Institute, author Karen E. Kun writes that ''In South Africa, men have reported that vaginal wetness during sexual intercourse is an indicator of a woman's infidelity, and have also associated vaginal lubrication with sexually transmitted diseases (STDs) and the use of contraceptives.'

Dr Marlene Wasserman, better known in South Africa as sexologist Dr Eve, told Vice the continued practice of dry sex shows the lack of education relating to equality and women's rights. She also mentions that in some traditional households a woman's reputation depends on the size of her vagina, which they then hope to tighten by drying the vagina out.

According to Wasserman these men and women don't understand that the vagina is capable of expanding during sex - and then back to its usual size afterwards. They also believe that if a woman has a partner with a large penis, her vagina will remain permanently 'stretched', and future partners will think she is promiscuous.

From a male perspective, the experience is not necessarily more appealing. Men's Health, in a report on painful sexual habits, noted that a dry vagina can make penetration not only more difficult but also more painful, causing a burning sensation and redness. It is possible for the delicate tissues of the penis to tear, further increasing the likelihood of transmitting an STI.

Methods used to dry out the vagina

Some women in Indonesia avoid foods such as pineapple and cucumber, which are believed to induce vaginal lubrication, while others go as far as to insert dry rags into their vagina, wash with herbs or insert chalk, leaves, stones or sand to achieve their desired dryness. Some of the agents cause the vaginal walls to swell, which contributes to the feeling of tightness.

Some women also douche with detergents, antiseptics, alcohol or bleach. Tissues, toilet paper or powders may also be stuffed into the vagina to dry it out.

More recently Daily Sun and City Press have both reported that women in Mpumalanga and Botshabelo in the Free State have been buying a confectionary called Çhina Fruit from Chinese vendors. The ingredients in these sweets include prune powder, citric acid, salt, sugar and flavouring. Desperate women spend inordinate amounts of money on the sweets, believing that they help to tighten the vagina, though experts say it may be purely all in the mind.

Lovematters reported that women in Java, Indonesia, crouch over burning herbs to ‘smoke out’ their vaginas while Dutch scientist Tinde van Andel explains that Maroon women in Suriname frequently use genital steam baths that contain tightening and drying herbs.

Why dry sex is dangerous

The risks, however, are very serious. Using any substance that interferes with the pH levels of the vagina can result in a much higher chance of contracting vaginal infections, while "dry sex" also has serious health consequences. Research by Van Andel  has shown that dry sex damages the epithelium of the vagina and can lead to lacerations, inflammations, and the suppression of the vagina’s natural bacteria, all of which increase the likelihood of infection with sexually transmitted infections, including HIV.

Because lubrication is needed when a condom is used during sex, the absence thereof often contributes to the condom tearing.

Health24's sexologist, Dr. Marelize Swart, advises couples to rather explore different positions to aid with tightness and friction during intercourse. And don't forget the Kegel exercises!

The lady lies down on her stomach, keeping her legs straight. The man, also on his stomach, lies down on top of her and stretches his body over hers, with his legs positioned on the outside of hers. 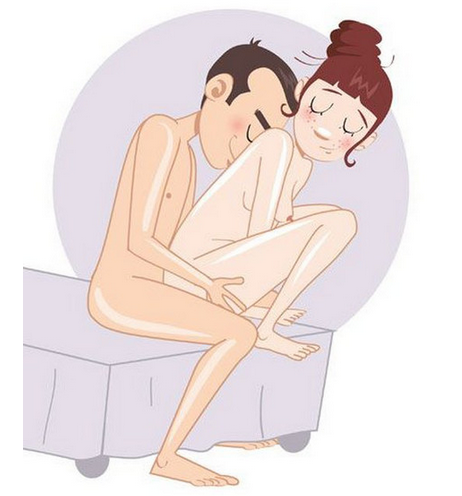 The woman crouches, while the man enters her from a half-sitting position behind her.

For more on sexual health, post a question to our sexologist or visit our sex centre.

60 percent of sex workers are HIV positive
What defines a healthy vagina?
Are those skinnies irritating your vagina?
Graphic circumcision website causes furore

We live in a world where facts and fiction get blurred
In times of uncertainty you need journalism you can trust. For 14 free days, you can have access to a world of in-depth analyses, investigative journalism, top opinions and a range of features. Journalism strengthens democracy. Invest in the future today. Thereafter you will be billed R75 per month. You can cancel anytime and if you cancel within 14 days you won't be billed.
Subscribe to News24
Related Links
60 percent of sex workers are HIV positive
Male teens and sex
UFO cult backs clitoris restoration hospital
Next on Health24
Not a myth – contraceptives can cause weight gain