The hidden signs of epilepsy 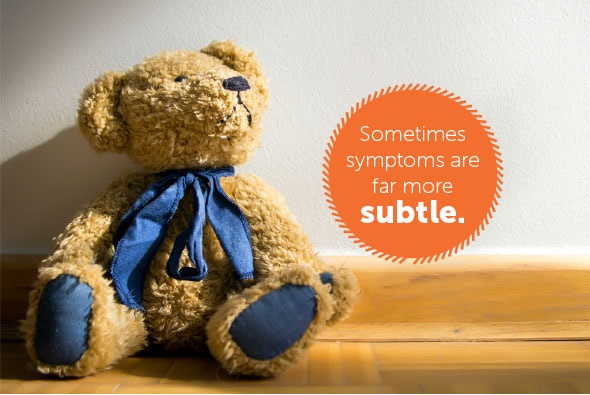 Epilepsy should be diagnosed early on to give a child the best chance for treatment success.

Symptoms of epilepsy can be difficult to recognise in children, however not all seizures involve obvious convulsions.

Sometimes symptoms are far more subtle, and these "hidden signs" often appear to fall within the range of normal childhood behaviour. For example, some seizures resemble daydreaming; or a seizure that causes a toddler to stumble and fall. When these seemingly common behaviours occur unusually often or in patterns, they may mean that your child has epilepsy.

Epilepsy can also be difficult to diagnose in young children because they cannot clearly communicate their subjective experience.

Recognise the "hidden signs" in children:

Recognise the "hidden signs" in adolescents:
Sometimes seizures start in adolescence. These seizures may be difficult to recognise, and are often misinterpreted as "going through a phase", psychological problems or being under the influence of drugs or alcohol.

The following may be signs of a seizure:

These signs do not necessarily mean your child has epilepsy, but you should definitely speak to your doctor.

The importance of early diagnosis
Children whose seizures go unnoticed may face problems such as: