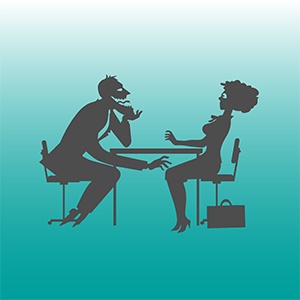 Here’s what you need to know about sexual harassment.

What is sexual harassment?
This question was answered in a case heard by the Commission for Conciliation, Mediation and Arbitration (CCMA) in 1994. According to the document, “Sexual harassment is any unwanted conduct, which is sexual in nature, and can be physical, verbal or non-verbal. The conduct must affect the dignity of the person affected or create a negative or hostile environment. Implicit in the conduct, is an element of coercion or abuse of power. Sexual harassment is relevant in a workplace if granting sexual favours becomes a condition of employment, or refusal to do so affects employment decisions, or if it unreasonably affects the employees’ work or creates a hostile environment.”

Why are women hesitant to take action against sexual harassment?
“For the same reason that many rapes go unreported in South Africa,” says Ilse Terblanche, a Cape Town psychologist. “Women fear that they will be caught in a cycle where the victim gets blamed for what happened or that they won’t be taken seriously if disciplinary procedures were to follow. Many women are also hesitant to lay charges, because they’re not exactly sure what constitutes sexual harassment. If there’s a threat of job loss or a possible loss of privacy, women could also feel that they have a lot to lose by laying charges. But by staying in the situation and not putting an end to it, there is in a way, so much more to lose.” So what can you do?
Be clear and firm. If the person harassing you is told when it happens the first time that you don’t approve, they might back off. Be polite, but firm. Don’t treat it as a joke as the person might interpret it as a tacit type of consent.

Tell others. If you keep quiet, you become all the more vulnerable. Harassers like isolating their victims – physically and socially. If you tell others what’s going on, it lessens the power this person has over you. You might also find out that you’re not the only victim. If more than one person lays a complaint, it strengthens the charge considerably.

Don’t doubt yourself. Harassers often try and pass something off as a joke – a joke is only a joke when both parties find it funny. When it’s constantly at your expense, or attacks your sense of dignity, you are being harassed. Harassers thrive on making you think you're overreacting – if you seriously start doubting your own observations, you become an easy target.

Safety in numbers. Make sure that you’re not alone with this person behind closed doors. Take a colleague with you if you feel threatened, and insist that doors be left open if you have to be in a meeting. Harassers are known for many ploys to isolate the person they’re harassing – and dreaming up reasons for sudden meetings behind closed doors is a favourite one. Also always make sure that somebody knows where you are.

Report the matter. Follow procedures to lay a complaint – and keep records of all correspondence. If a complaint has been laid and your employers continue to ignore the situation and take no action, they could be liable for damage claims.

Keep records. If you want to lay charges, it’s much more convincing if you can give names, dates, places and the names of possible witnesses, than when your charges are unsubstantiated. Anyone who has witnessed any of these events can be called to testify if there’s a disciplinary hearing.

Small business woes. If your harasser is the only boss and there is no one else to appeal to, you could consider laying charges with the police. But would you want to work in a small environment such as this if there’s such unpleasantness around? If you’re dismissed unfairly, because you would not respond to sexual advances, you can go to the labour court and get compensation.

We live in a world where facts and fiction get blurred
In times of uncertainty you need journalism you can trust. For 14 free days, you can have access to a world of in-depth analyses, investigative journalism, top opinions and a range of features. Journalism strengthens democracy. Invest in the future today. Thereafter you will be billed R75 per month. You can cancel anytime and if you cancel within 14 days you won't be billed.
Subscribe to News24
Next on Health24
When you're too sick to work