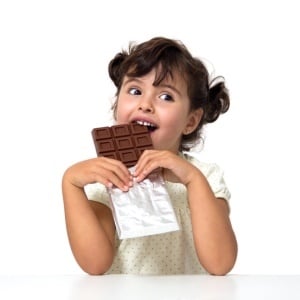 Preschoolers who watched "Sesame Street" interrupted by TV ads for a salty snack food ended up eating more of that food soon after, a new study found.

The finding suggests that "young children remain highly exposed to TV advertisements for foods that may contribute to unhealthy dietary patterns," said a team led by Jennifer Emond. She's an assistant professor of paediatrics at Dartmouth College, in Hanover, New Hampshire.

Obesity remains a threat to the health of many American children. And Emond's team pointed out that "energy-dense, nutritionally poor foods" continue to be aggressively marketed to very young children.

Indeed, the average preschooler is exposed to more than three hours of television each day, and "preschoolers viewed 18 percent more TV snack food advertisements from 2010 to 2014", the researchers said.

Does such advertising "work" to get these youngsters to eat more unhealthy snacks?

To find out, Emond's team monitored 60 kids aged two to five, from New Hampshire and Vermont, as they watched a 14-minute segment of "Sesame Street".

The preschoolers got a filling snack before the show – so they were not hungry – and then had unlimited access to snacks during it.

Some of the children watched the "Sesame Street" segment without food commercials, while others watched the show with commercials for a popular salty snack. The ads depicted kids happily playing and eating the snack.

The result: Children who watched the snack commercial "consumed, on average, 29.5 kilocalories more" food afterwards, and "the main effect was driven by a greater consumption of the advertised food", Emond's team wrote.

The researchers believe this shows that food ads prompt kids to eat, even when they're not hungry. Limiting food commercials targeted to children could help kids eat more healthily and consume fewer unneeded calories, the study authors contended.

"This study shows that food advertising affects preschoolers snacking habits," Stakovsky added, and "these findings further support the American Academy of Paediatrics' recommendation to limit preschoolers media use to no more than one hour a day."

One nutritionist agreed, and said it's up to parents to help steer children towards healthier eating habits.

"Efforts should be made towards eating as a family and focusing on conversation instead of the distraction of TV," said Dana Angelo-White. She's a dietitian and clinical assistant professor at Quinnipiac University in Hamden, Connecticut.

"Screen time should be limited during meal and snack times, regardless of what type of programming they could be exposed to," White added.

The study appears online in the journal Paediatrics.

We live in a world where facts and fiction get blurred
In times of uncertainty you need journalism you can trust. For only R75 per month, you have access to a world of in-depth analyses, investigative journalism, top opinions and a range of features. Journalism strengthens democracy. Invest in the future today.
Subscribe to News24
Related Links
UN urges governments to ban unhealthy food ads for kids
Unhealthy food ads on kids' programmes
Disney to curb junk-food ads
Next on Health24
Is calorie counting the only way to achieve sustainable weight loss?