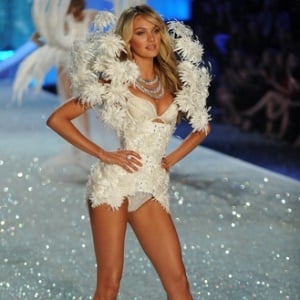 You may think that models are just genetically gifted or naturally skinny but for the Victoria's Secret angels, the job calls for a strict low-carb, high-fat diet combined with a gruelling exercise regime to ensure that they are catwalk-ready for one of the world's most eagerly-anticipated runway shows.

London-based journalist, blogger and fitness consultant Poppy Cross recently began mimicking the Victoria's Secret diet and exercise programme to test what results she could achieve. Poppy explained in a blog post that the media covering her story actually misinterpreted her words. While the experience was "incredibly intense" she did not go through hell and is actually healthier as a result.

Victoria's Secret models, known as "angels", are required to adhere to strict requirements in terms of their body measurements. According to Poppy, to be a Victoria's Secret angel your body fat percentage has to be lower than 18%. A healthy body fat percentage for an average woman is 25 to 35% while 15 to 17% is considered very low for a woman, Built Lean explains. The Daily Mail adds that models have to be over 1.75m tall and have waists no bigger than 60cm.

To decrease their body fat percentage, some of the angels, including Adriana Lima, have reportedly reached out to celebrity nutritionist, Dr Charles Passler. Dr Passler has a specific approach to weight loss comprised of six elements, Elle magazine reports. These critical factors are sleep, diet, exercise, stress management, hydration and breathing.

Read: What's keeping you from getting your dream body?

On the blog: My Victoria's Secret Challenge - hard but NOT hell. My article in the Mail on Sunday today had two headlines inserted which aren't accurate. Check my blog to see why! Huge thanks to @teamdanroberts @pauledmonds217 and everyone who helped me with this. Couldn't have done it without you. ?? #victoriassecret #trainlikeanangel #athlete #trainhard #discipline #determination #strength

Poppy, who also consulted Dr. Passler, was advised to adhere to a low-carb, high-fat diet similar to Tim Noakes' Banting diet that many South Africans are following. Her diet is also high-protein with chicken, fish, eggs or beef at every meal. She ate two portions of healthy fats at every meal. (One portion is equal to a tablespoon of butter or oil or a third of an avocado.) Any form of sugar, including fruit is eliminated as are vegetables that grow below the ground. Instead, Poppy upped her intake of broccoli and leafy greens.

For a refresher on low-carb high-fat diets, read the 10 golden rules of Banting.

Poppy also explains that the hashtag, #TrainLikeAnAngel, that many of the Victoria's Secret models use on Instagram and Twitter should not be misinterpreted. There is nothing angelic about the gruelling training that includes pilates, yoga, boxing, running, weight training and ballet, all done whilst on a carbohydrate-restricted diet.

According to Dan Roberts, a personal trainer who advised Poppy, she needed well-defined obliques, muscular arms and "concrete"glutes to achieve the Victoria's Secret look.

Despite how difficult the challenge was, Poppy insisted that she has more energy and is healthier as a result: "I can manage to workout far more intensely than I did at the start". Poppy didn't lose any weight, but she did lose fat, replacing it with muscle. While her weight actually increased slightly from 59.3 to 59.9 kilograms, Poppy lowered her body fat percentage significantly. Before she started the programme, Poppy measured 22.2% body fat – a figure that falls perfectly within the healthy range of 21 to 24% for women involved in the fitness industry. By the end of the programme, Poppy had reduced her body fat percentage to 17%, losing over 5%. Watch how Poppy tones her core:

Read: What it takes to be a female bodybuilder

What do you think? Is the Victoria's Secret diet and exercise programme perfectly healthy, or do you feel it is too restrictive, encouraging an unrealistic lifestyle? Let us know your thoughts in the comments below!

High protein diet may be bad for the health

We live in a world where facts and fiction get blurred
In times of uncertainty you need journalism you can trust. For 14 free days, you can have access to a world of in-depth analyses, investigative journalism, top opinions and a range of features. Journalism strengthens democracy. Invest in the future today. Thereafter you will be billed R75 per month. You can cancel anytime and if you cancel within 14 days you won't be billed.
Subscribe to News24
Related Links
Can yoga help to ease your arthritis pain?
Yoga helps women with urinary incontinence
A yoga routine to boost your immune system
Next on Health24
Intermittent fasting for weight loss: Two types work, according to new review