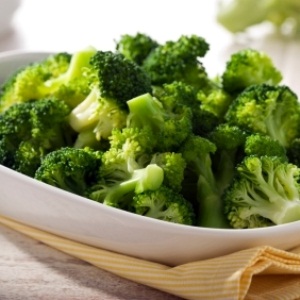 The anti-cancer action of compounds found in broccoli has been much studied, but new research suggests that purer active compounds could be obtained from woad, an ancient source of blue dye and member of the same brassica plant family.

Woad (Isatis tinctoria L.) is a member of the Brassicaceae family and was used in Neolithic times as a source of blue dye, used by warriors to paint their faces and scare their enemies. The plant, which is no longer commonly cultivated, is also a rich source of indole glucosinates, including glucobrassicon (GBS).

Researchers from the University of Bologna in Italy, led by Stefania Galletti, were aware of the body of research linking GBS and some of its by-products to anti-tumoural activity, particularly in breast cancer. However, the lack of a sufficiently rich vegetable source has meant that to date it has not been possible to study the metabolic pathway of GBS in vivo, they said.

Galletti and team therefore set out to assess whether the GBS in woad leaves could be stimulated to such a level as to enable purification of the compound.

Their first experiments took place in a greenhouse. From one month after seeds of the Casolavalsenio variety were sewn, the researchers wounded the leaves using carborundum powder to cause abrasions or puncturing using a brass brush. Some evidence suggests that leaf injury, whether caused by insects, fungal infection or artificial puncturing, can affect the GBS level.

Another group of plants was sprayed with a solution of jasmonic acid (JA). All interventions were carried out both on plants fertilised with nitrogen and sulphur and unfertilised plants, and applications were repeated at two-day intervals.

However, due to cost reasons, JA is not considered an appropriate method as it would be too uneconomical on a large scale. It was included in the design just to give a comparable framework for cheaper methods.

The mean GBS level of 29,5 micro-mol per gram –1, caused by a combination of fertiliser and physical treatments, was judged sufficient for purification.

In the field experiments, leaf puncturing was used instead of JA treatment and abrasions. Interestingly, in this instance, fertilisation with nitrogen and sulphur was not seen to have an impact on GBS levels.

But the punctured leaves reached a GBS level almost on a par with the fertilised control leaves in the greenhouse –28,2 micro-mol per gram –1.

This led the researchers to conclude that “an enriched source of GBS is easily obtainable in the open field”. - (Decision News Media, August 2006)

We live in a world where facts and fiction get blurred
In times of uncertainty you need journalism you can trust. For 14 free days, you can have access to a world of in-depth analyses, investigative journalism, top opinions and a range of features. Journalism strengthens democracy. Invest in the future today. Thereafter you will be billed R75 per month. You can cancel anytime and if you cancel within 14 days you won't be billed.
Subscribe to News24
Related Links
Signs and symptoms of breast cancer
Meat and cancer – making sense of the evidence
Next on Health24
The key to a healthier heart: Eat 100g of cranberries per day, study suggests