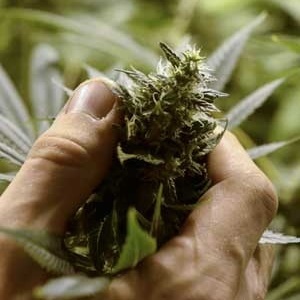 It is also being tested by multiple sclerosis sufferers for its potential to alleviate leg pain and spasms.

The drink, called C-Ice, was develop by Austrian company Thurella and launched by distributor Seagull in Switzerland, Austria and Germany in 2004. Peter Vurm, co-owner of Seagull, told NutraIngredients.com that it is now in 25 countries, of which the UK is one of the latest.

Although the packaging contains the words ‘sweet cannabis tea’, Vurm was clear to point out that that it contains no THC (delta-9-tetrahydrocannabinol), the chemical responsible for the psychotropic effects of marijuana.

Harinder Kohli, commercial director of C-Ice in the UK, told NutraIngredients.com that the syrup is a natural immune enhancer and contains protein, omega oils, amino acids, enzymes, vitamins and minerals – in addition to the antioxidant properties of the black tea.

For the last three months, members of the Milton Keynes Multiple Sclerosis Therapy Group have been drinking two 250ml servings of C-Ice each day. Kohli said that 69 to 75 percent of participants have reported help with symptoms – although she said that some of this might be due to their expectations. Details of the study design were not available.

But aside from MS sufferers and experimental types for whom the cannabis leaf on the packaging will act as a magnet, are mainstream consumers really ready do away with the prejudices and embrace hemp as a healthy ingredient?

Hurdles to get over

“There are going to be a certain amount of psychological hurdles to get over,” said Kohli. “But we’re not saying ‘drink this and get stoned’, but ‘learn with us and be enlightened’.”

He said that the company was careful to clear the regulatory pathway to the launch, sending the home office some samples of its own accord in order to obtain the authorisation to proceed.

There has been a huge amount of attention to the product since its roll out on June 6, with several of the UK broadsheets carrying news items on it today.

For Kohli, this bodes well. Of the product, she said: “We have a lot of belief in it, and we think it could be huge.”

She certainly believes attitudes to hemp should lighten up. “It’s a shame it gets negative press – it is amazing you can get all these properties from a plant. There is no need to add anything to the tea. It’s all natural.”

But Carla Ogeia, a consultant at Mintel, was less optimistic about hemp's future as a healthy ingredient. She said that the market research company sees many more skin care products on the market than foods and beverages.

For those that there are, the hemp is seen more as a "quirk". "We have not seen that many products claiming that it is healthy," she said.

"These quirky products often don't last long on the market."

She pointed out that C-Ice does not mention health directly on the can, but added that the makers and marketers are presumably having some success, since the product is rolling out to new markets.

Top US doctor in favour of medical marijuana

We live in a world where facts and fiction get blurred
In times of uncertainty you need journalism you can trust. For 14 free days, you can have access to a world of in-depth analyses, investigative journalism, top opinions and a range of features. Journalism strengthens democracy. Invest in the future today. Thereafter you will be billed R75 per month. You can cancel anytime and if you cancel within 14 days you won't be billed.
Subscribe to News24
Related Links
US students using e-cigarettes to vaporise dagga
'I used cannabis oil to cure my cancer'
Next on Health24
The key to a healthier heart: Eat 100g of cranberries per day, study suggests