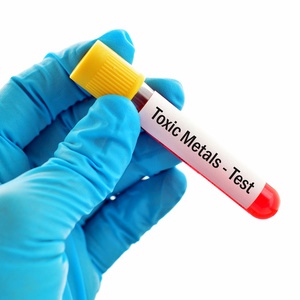 America's love affair with gluten-free foods may come at a cost: greater intake of the toxic metals arsenic and mercury, a new study contends.

"These results indicate that there could be unintended consequences of eating a gluten-free diet," said study author Maria Argos of the University of Illinois at Chicago (UIC).

Gluten-free products often contain rice flour as a substitute for wheat, rye and barley. And rice is known to accumulate arsenic and mercury from fertilizers, soil and water, said Argos, an assistant professor of epidemiology in the School of Public Health.

Gluten-free has double the amount of arsenic

For the study, the researchers analysed US National Health and Nutrition Examination Survey data from thousands of Americans, aged 6 to 80. The investigators identified 73 people who said they ate a gluten-free diet.

Compared to other survey participants, those who ate gluten-free diets had nearly twice the levels of arsenic in their urine, and 70 percent higher levels of mercury in their blood, according to the study.

However, "more research is needed before we can determine whether this diet poses a significant health risk," Argos said in a university news release.

Gluten-free diets are recommended for people with celiac disease – an out-of-control immune response to gluten, a protein in wheat, rye and barley.

A reviewed Health24 article describes coeliac disease as a chronic digestive disorder caused by intolerance to gluten, a protein found in wheat and wheat products, leading to damage of the small intestinal lining. This damage can result in impairment in absorption of fats and other nutrients into the bloodstream.

Just 1 percent of Americans have been diagnosed with the disorder, but nearly one-quarter of Americans reported eating a gluten-free diet in 2015, the researchers noted.

Many consumers believe gluten-free eating reduces harmful inflammation, but there is no scientific evidence supporting that, the study authors said.

Arsenic and mercury, which occur naturally in the environment, raise the risk of heart disease, cancer and neurological problems at certain levels, the researchers said.

While the study raises questions about going gluten-free, it doesn't show a direct cause-and-effect relationship between that eating style and higher toxin levels.

Still, "in Europe, there are regulations for food-based arsenic exposure, and perhaps that is something we here in the United States need to consider," Argos said. "We regulate levels of arsenic in water, but if rice flour consumption increases the risk for exposure to arsenic, it would make sense to regulate the metal in foods as well."

The study results were published online recently in the journal Epidemiology.

'Gluten-free' foods may be contaminated

We live in a world where facts and fiction get blurred
In times of uncertainty you need journalism you can trust. For 14 free days, you can have access to a world of in-depth analyses, investigative journalism, top opinions and a range of features. Journalism strengthens democracy. Invest in the future today. Thereafter you will be billed R75 per month. You can cancel anytime and if you cancel within 14 days you won't be billed.
Subscribe to News24
Related Links
Ethiopian grain a gluten-free alternative to wheat
Price of gluten-free foods hard to swallow
No connection between autism and coeliac disease
Next on Health24
Monkey study shows calorie restriction may extend life