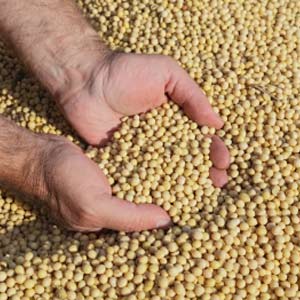 New efforts to force labelling of foods made with genetically modified crops, including a bill introduced by US lawmakers Wednesday, have struck a nerve with biotech crop developers who say they are rushing to roll out a broad strategy to combat consumer concerns about their products.

Executives from Monsanto Co., DuPont and Dow Chemical, among the world's largest developers of biotech crops and the chemicals used to help produce them, told Reuters this week they are putting together a campaign aimed at turning the tide on what they acknowledge is a growing public sentiment against genetically modified organisms (GMOs) used as ingredients in the nation's food supply.

Last year, the industry spent $40 million to defeat a labelling measure in California. But similar initiatives are underway now in more than 20 states, and the move by the big biotech firms is designed to thwart the spread of such initiatives, which the companies say would confuse consumers and roil the food manufacturing industry.

"Even when we prevail, we lose," said Cathy Enright, executive vice president for food and agriculture for the global Biotechnology Industry Organisation (BIO,) which includes Monsanto, DuPont and Dow Chemical as members."To try to oppose this state by state, that is unsustainable," she said.

Companies’ use of social media

The big biotech firms are still working out details of their plan, but it will likely have a large social media component, the company executives said. The group will focus on conveying what it says are the many benefits of biotech crops. Participants have not yet set a budget for the campaign, Enright said.

The most popular gene-altered crops withstand dousings of weed-killing chemicals and produce their own insect-killing toxins. Biotech corn, canola, soybeans, and other crops are used in human food and animal feed around the world and biotech companies say they are heavily regulated and thoroughly tested.

Proponents of labelling for GMO foods said momentum is on their side. Various groups have held rallies over the last several weeks in Washington, DC, and at several state capitols to press the issue."They should be worried," said Scott Faber, executive director of the Just Label It campaign, which has petitioned the Food and Drug Administration to require labelling of foods containing genetically engineered ingredients.

In fact, supporters of a Washington state measure similar to the failed California initiative said Tuesday they had raised more than $1 million from supporters. In introducing a US labelling bill Wednesday, US Sen. Barbara Boxer and US Rep. Peter DeFazio said consumers have a right to know what type of ingredients are in their food.

Consumers need to be informed

"Consumers deserve to have clear, consistent, and accurate facts about the food products they purchase," Sen. Richard Blumenthal of Connecticut said in a statement. Blumenthal was one of 31 lawmakers who co-sponsored the bill. Law makers and anti-GMO activists are responding to growing public concern about possible health risks associated with GMO foods. While there is no scientific consensus that foods made with GMO ingredients are harmful, activists argue that people have a right to know what they are eating.

Last month, grocery retailer Whole Foods said that it would require suppliers to label any product made with genetically modified ingredients. And the Natural Products Association, which represents 1 900 food industry players, has called for a uniform standard for GMO labelling to apply nationwide.

"This is a rapidly growing movement," said Dave Murphy, a spokesman for Food Democracy Now, a group pushing for GMO labelling. "We're not giving up until we have labelling. We're just not going away."Monsanto and other biotech crop companies say mandatory labelling would confuse consumers and could deter them from purchasing foods made with genetically modified ingredients.

Biotech companies also are concerned that consumer sentiment is causing regulators to slow down approvals of new GMOs, said Dow AgroSciences Brad Shurdut. Shurdut leads the company's government and regulatory affairs. Dow had hoped to have a GMO corn product called "Enlist" on the market this year.

Opposition from farmers and consumers

But amidst opposition from farmers, consumers and public health officials, the company now expects a delay of at least a year."It is having a profound impact on our regulatory system," said Shurdut. Monsanto, which in 1996 commercialised the first biotech crop, a soybean resistant to herbicide, wants to communicate how biotech crops help farmers produce food, said executive vice president Jerry Steiner.

Despite the worst drought in 50 years, farmers last year still produced better-than-expected crops due in large measure to biotech improvements to corn, he said. Steiner recognizes the industry faces an uphill battle."We fully respect that people make up their own minds," said Steiner. "But there is a fact gap that exists. It is our responsibility to do a better job of filling it."

We live in a world where facts and fiction get blurred
In times of uncertainty you need journalism you can trust. For 14 free days, you can have access to a world of in-depth analyses, investigative journalism, top opinions and a range of features. Journalism strengthens democracy. Invest in the future today. Thereafter you will be billed R75 per month. You can cancel anytime and if you cancel within 14 days you won't be billed.
Subscribe to News24
Related Links
Food labelling
Are you addicted to food?
Next on Health24
Avocado lovers: Eating two servings a week may help lower heart disease risk